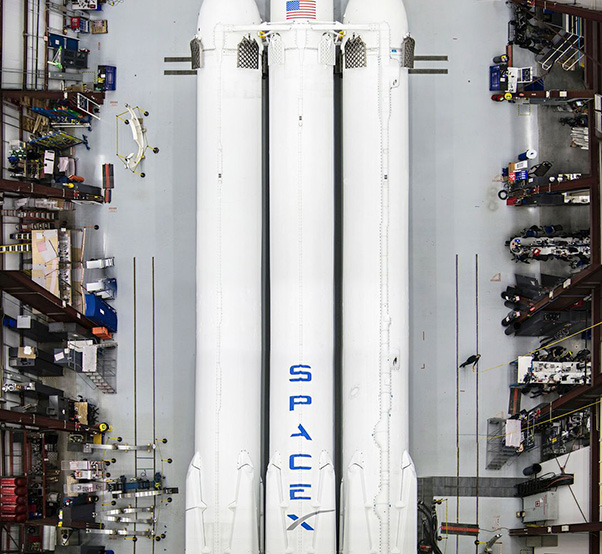 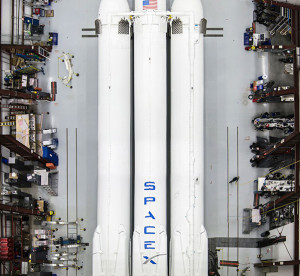 Photos posted by SpaceX chief executive Elon Musk show the new rocket inside its Florida hangar. Missing is the cargo for the January test flight. Musk has said the Falcon Heavy will launch his own cherry-red Tesla Roadster into space.

First, SpaceX will test-fire the rocket’s 27 engines at the pad; the company is aiming to do that by the end of the month. The launch is planned for a few weeks after the test.

Falcon Heavy is essentially the company’s Falcon 9 times three. It features three Falcon 9 first-stage boosters joined together with a second-stage on the middle one. It also has three times more engines.

The Falcon 9 is now used to hoist satellites and supplies to the International Space Station. The Heavy is intended for super-big satellites, as well as cargo destined for points far beyond, like Mars.

Musk has repeatedly warned there’s a good chance the new rocket could blow up, thus his own personal property will be aboard. He heads up the Tesla electric car company, as well as SpaceX and several other companies.

If all goes as planned, Musk’s Roadster will wind up in a long, elliptical orbit around the sun, stretching as far out as the orbit of Mars. He laid out the jaw-dropping plan in a series of tweets earlier this month. Last week, a SpaceX manager said the company will meet all necessary government requirements.

“I love the thought of a car drifting apparently endlessly through space and perhaps being discovered by an alien race millions of years in the future,” Musk wrote.

The Falcon Heavy will be minus its featured load for the test. That’s been customary ever since a Falcon 9 exploded during a 2016 practice engine firing, destroying both rocket and satellite. 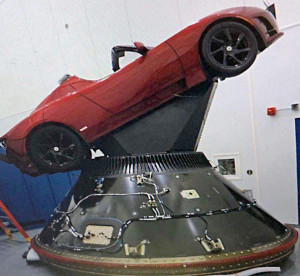 The Falcon Heavy will have double the thrust of the next biggest rocket out there today, according to Musk. “Guaranteed to be exciting, one way or another,” he promised.

NASA’s Saturn V moon rocket, used during the late 1960s and early 1970s, will still top the charts. But none of it was reusable. NASA introduced reusability with its space shuttles in 1981, reflying the orbiters as well as booster segments and main engines until their retirement in 2011.

SpaceX has paved the way for rocket reusability on the commercial side of orbital flight. Two of the Heavy’s three first-stage boosters have flown before. After blasting off from NASA’s historic Launch Complex 39A at Kennedy Space Center, all three will attempt vertical landings, two on land and one on a floating offshore platform.

SpaceX is working on an even bigger rocket that would replace the Falcon line.

NASA is also working on a megarocket, the Space Launch System or SLS. So is United Launch Alliance, a venture between Lockheed Martin and Boeing, with its next-generation Vulcan.