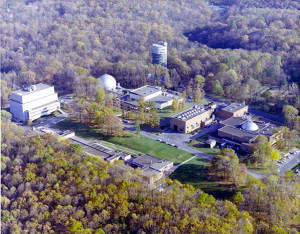 For some the term “outage” may conjure up images of throttling down while the maintenance team takes control of the cell, using the downtime to recharge operationally before a return to full production.

But for the team at the Arnold Engineering Development Complex Hypervelocity Wind Tunnel 9 in White Oak, Md., the facility’s annual outage has been anything but idle.

According to Tunnel 9 Director Dan Marren, the operations crew at Tunnel 9 not only mans all stations during active test OPS, they also serve as the maintenance crew, and are responsible for implementing enhancements and completing major investments to include advancing technology. The same crew is also responsible for maintaining the site infrastructure from the network backbone to maintaining building roofs.

“In this manner, our outage period can be even busier than testing periods,” Marren said. “Our technical staff waits patiently for these outages to install and check out design improvements to systems and try out technologies needed for the future.”

Tunnel 9 is gearing up to return from its most recent annual outage. During this period, the team completed preparations for both the immediate and distant futures.

The most recent outage began in December and concluded in January. During that period, the Tunnel 9 team will be removing a large compressor motor for major overhaul and has inserted a major maintenance task for the electrical substation breaker which operates the nearly 1 megawatt class heater. The team mitigated observed safety deficiencies through the installation of a new heater maintenance platform and vacuum sphere hatch platforms. The Instrumentation, Data and Control team, with help from personnel at Arnold Air Force Base, removed the legacy data acquisition system and validating the new Enterprise Data Acquisition and Processing System installation. EDAPS is the new AEDC standard for data acquisition, and Tunnel 9 was the first non-Tennessee install.

Marren said the Tunnel 9 outage scheduling is fluid and the process assures important tasks get done without jeopardizing important DOD test and program priorities, as the team there actively manages the outages with the facility’s test schedule and funding availability.

“They work this together with the crew availability and, thus, the schedule can be almost anytime,” he said.

The recent outage has also given the Tunnel 9 team a sort of temporary break from its active hypersonics testing, which has kept the facility operating at near to full capacity for the past several years. Taking advantage of the outage period, the projects team finalized data from customers, completed the final planning stages for the upcoming tests, and worked with this year’s hypersonic programs to understand the importance of validation data.

“We will be using this time to better prepare for the hypersonic tests upcoming so, in a sense, it gives us time to do our best,” Marren said.