Maciel was posthumously promoted to corporal. He had served in Afghanistan since February.

Two other U.S. service members were wounded during the attack and are in stable condition, Manning added.

Maciel was an infantryman assigned to the 1st Battalion, 28th Infantry Regiment, based at Fort Benning, Ga. Task Force 1-28 Infantry is deployed in support of the 1st Security Force Assistance Brigade, the colonel noted. 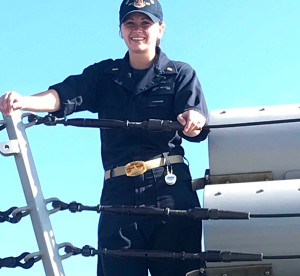 Ensign Sarah Mitchell, 23, of Feasterville, Pennsylvania, was medically evacuated to a hospital in Aqaba, Jordan, and was pronounced dead at 12:45 p.m., local time.

“The Navy is investigating the circumstances of the sailor’s death,” the colonel said, adding that there was no indication of foul play and the sailor died in a nonhostile environment.

The Jason Dunham is deployed to the U.S. 5th Fleet area of operations in support of naval operations to ensure maritime stability and security in the Centcom region, he added.

“These losses are a solemn reminder that our business is inherently dangerous — but through training and pertinent planning, we always try to mitigate the risks to our personnel who are our most valuable asset,” Manning said.