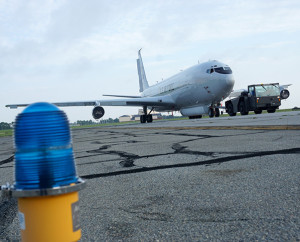 Officials with the JSTARS program office at Robins AFB want to increase the number of aircraft available for operations and training as the service transitions to the Advanced Battle Management System, a capability that will fuse global air and space intelligence, surveillance, and reconnaissance information.

One way to deliver assets quicker and meet operational need is for the government workforce at Warner Robins Air Logistics Complex to supplement the contractor workload, said Brig Gen John Kubinec, commander of the complex.

“We have a tremendously talented workforce of uniformed and civilian Airmen who are excited about the opportunity to prove themselves by working on this first JSTARS aircraft,” Kubinec said.  “We are leveraging the experience of the operational wings and the program office team here at Robins to improve warfighting readiness.” 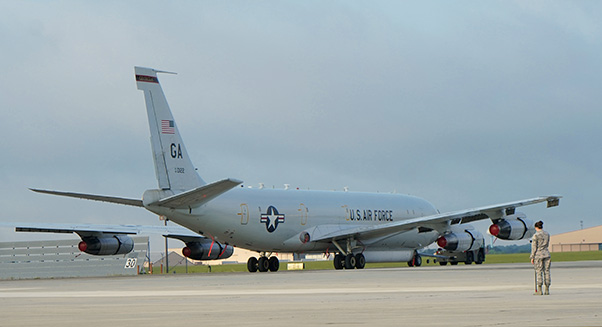 The proof of concept will help the Air Force better understand the costs of performing JSTARS depot maintenance organically.  If the organic maintenance concept is proven successful, the Air Force currently plans to induct one aircraft per year at Robins over the next couple of years.

The Air Force intends to fly JSTARS into the mid-to-late 2020s while the follow-on Advanced Battle Management System is developed. ABMS will integrate battlefield surveillance information from a variety of sensors to provide commanders better situational awareness in combat. The Air Force has said ABMS is needed to provide critical capabilities to survive against adversaries in a contested environment.

The Air Force announced in June that Robins AFB will host the initial elements of the ABMS, paving the way for a long-term mission in Middle Georgia. Selecting Robins enables the Air Force to leverage existing infrastructure and the more than 40 years of experience resident in the Robins’ workforce.