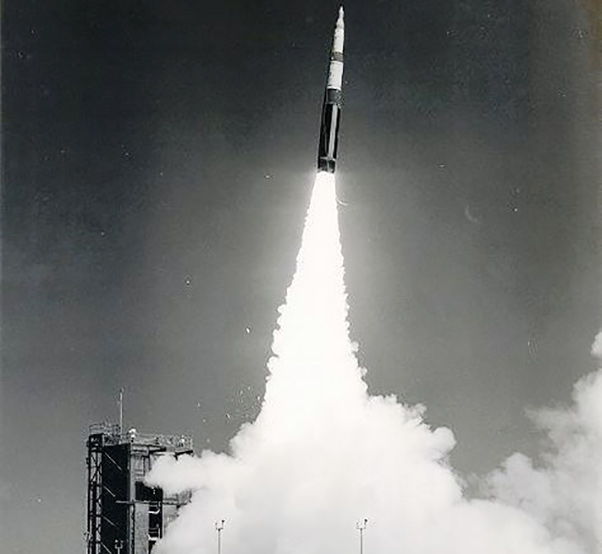 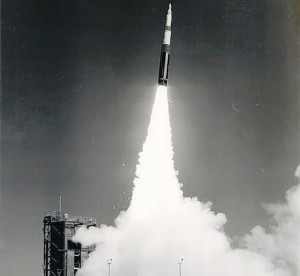 And in August of that year, three major powers conducted nuclear-related tests.

First, France conducted a nuclear test at the Mururoa atoll in the southern Pacific on the third of August, then the Soviet Union conducted one in (then) Eastern Kazakh on the fifteenth. The sixteenth witnessed the first U.S. launch of an unarmed ICBM capable of carrying multiple independent targetable reentry vehicles, or MIRVs.

On Aug. 16, 1968, the United States Air Force launched a Minuteman III missile from Silo 32 at Cape Kennedy, Florida.  Under the control of the 6555th Aerospace Test Wing, the missile soared down the Eastern Test Range and completed a successful five-thousand mile flight to its impact target near Ascension Island, a tiny volcanic island in the mid-Atlantic.

By 1970, a total of 17 Minuteman IIIs would be launched from the Eastern Test Range, with the last launched on Dec. 14, 1970.  The range was phased out as an ICBM test facility in favor of moving all ICBM tests to Vandenberg AFB, Calif., where they are still launched today.

The Minuteman weapon system was originally designed and fielded from the Ballistic Missile Office at Norton AFB, California.  After the Base Realignment and Closure actions in 1995, the responsibility to develop and sustain all ICBM systems fell to the personnel of the Air Force Nuclear Weapons Center.

Under the center’s ICBM Systems directorate located at Hill AFB, Utah, they continue to sustain the Minuteman III and are currently developing its replacement, the Ground Based Strategic Deterrent.

“The Minuteman III has stood as the bulwark to the nation’s strategic deterrent force, on alert and ready for nearly fifty years,” said Col. George Farfour, vice commander, Air Force Nuclear Weapons Center.  “Our Air Force Nuclear Weapons Center members are forging the link between the operational Minuteman III units in the field and the mission of maintaining a safe, reliable and effective weapon system that continues to preserve the most powerful deterrent capability in the world.”