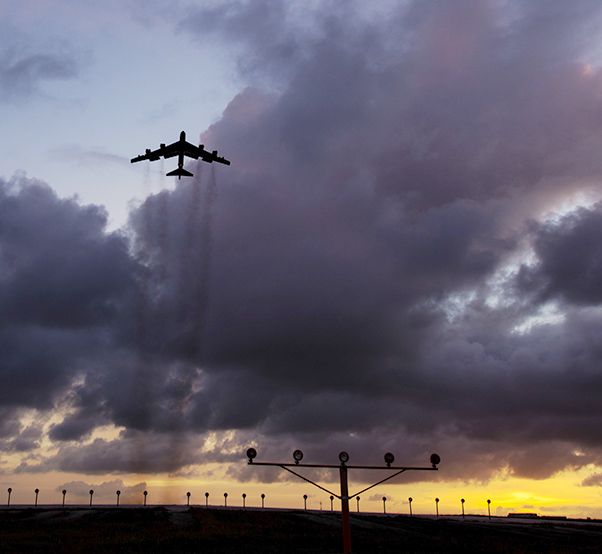 Bombers launched from Andersen AFB and flew north to an area east of the Kamchatka Peninsula before returning to base. Collectively, the flights from the Indo-Pacific and Europe demonstrated U.S. commitment to allies and partners through the global employment of military forces. 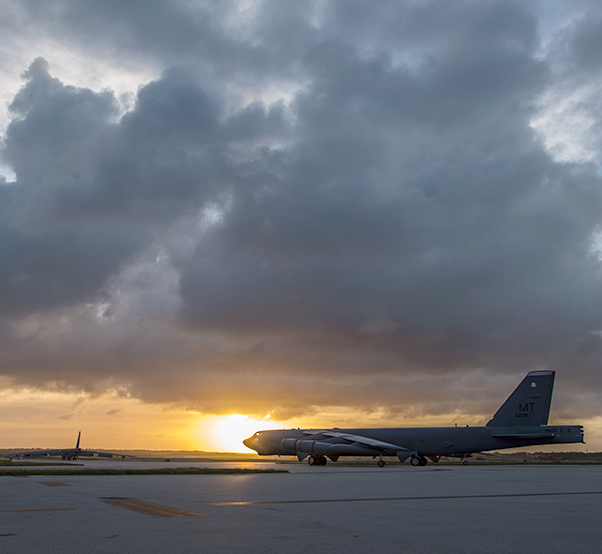 A B-52 Stratofortress taxis down the flightline at Andersen Air Force Base, Guam, March 18, 2019.

The B-52Hs from Andersen AFB are deployed from the 5th Bomb Wing, Minot Air Force Base, N.D., in support of U.S. Indo-Pacific Command’s Continuous Bomber Presence. The CBP has been operational for more than a decade in support of a free and open Indo-Pacific. These missions, flown by Pacific Air Forces, routinely operate throughout the region in accordance with international law and norms.

The B-52Hs operating out of RAF Fairford are part of the Bomber Task Force currently deployed to Europe from the 2nd Bomb Wing, Barksdale Air Force Base, La.. While in theater, the bombers will conduct training with NATO allies and partners in order to enhance interoperability and readiness. The deployment of strategic bombers to the UK helps exercise RAF Fairford as U.S. Air Forces in Europe’s forward operating location for bombers.

Strategic bomber missions enhance the readiness and training necessary to respond to any potential crisis or challenge across the globe. 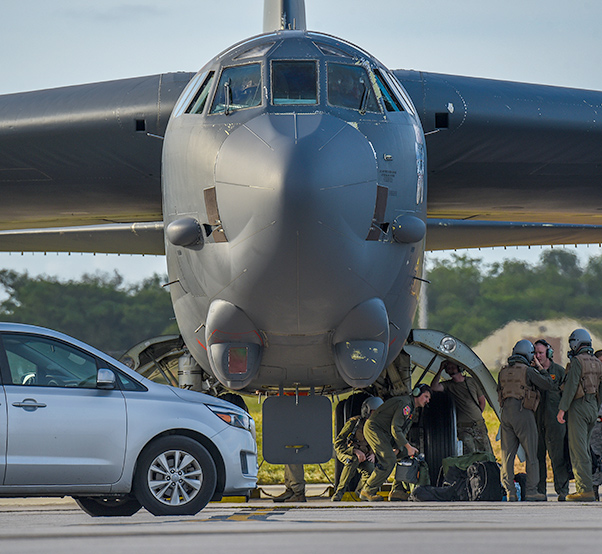 Aircrew from the 23rd Expeditionary Bomb Squadron change places on the B-52 Stratofortress with a pre-flight crew at Andersen Air Force Base, Guam, March 18, 2019. 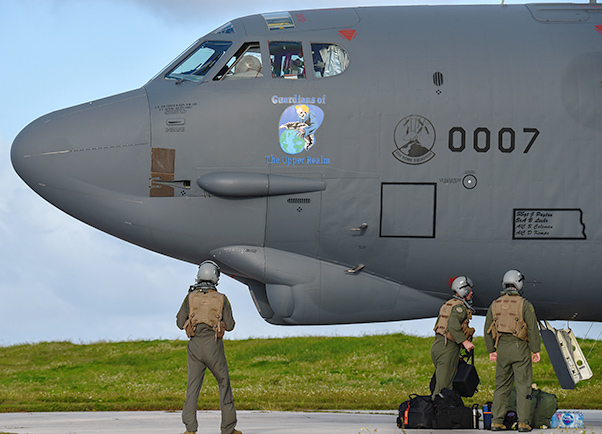 Aircrew assigned to the 23rd Expeditionary Bomb Squadron prepare to board a B-52 Stratofortress at Andersen Air Force Base, Guam, March 18, 2019. 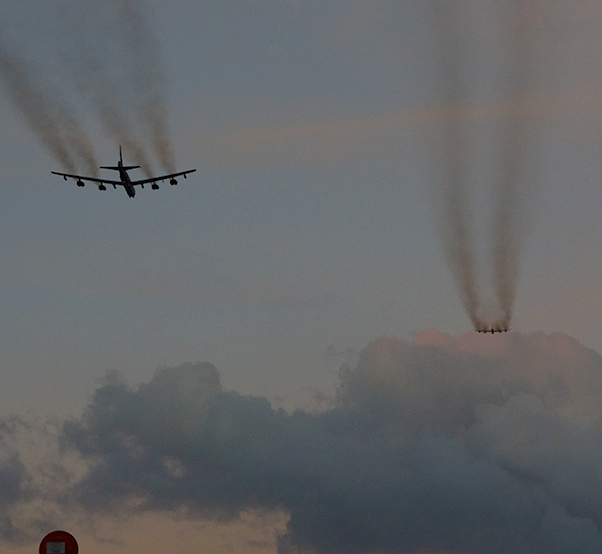