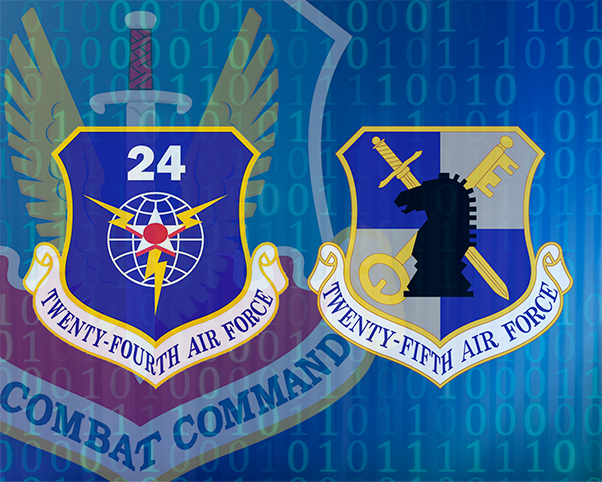 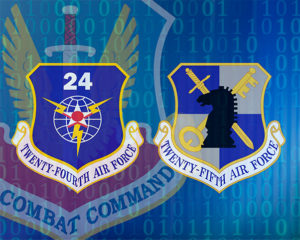 The synergy between cyber, ISR, EW, and IO will increase unity of effort across these capabilities, resulting in new and improved options for combatant commanders.  The integration also better aligns these units with priorities outlined in the 2018 National Defense Strategy and delivers the first “Information Warfare” NAF for the Air Force.

“The merger of 24th and 25th is the next step in leveraging and integrating new ideas and technologies to both improve the quality and speed of decision-making and deliver improved effects for commanders,” said Gen. Mike Holmes, commander of Air Combat Command. “This formalizes the existing collaborations between cyber and ISR while expanding our competitive space in EW and IO, ultimately improving readiness and increasing lethality across the range of military operations – all vital to the success of multi-domain warfighting in the 21st century.”

While the final organizational structure has not yet been determined, ACC anticipates an activation ceremony at JBSA-Lackland, Texas, in late summer of 2019.