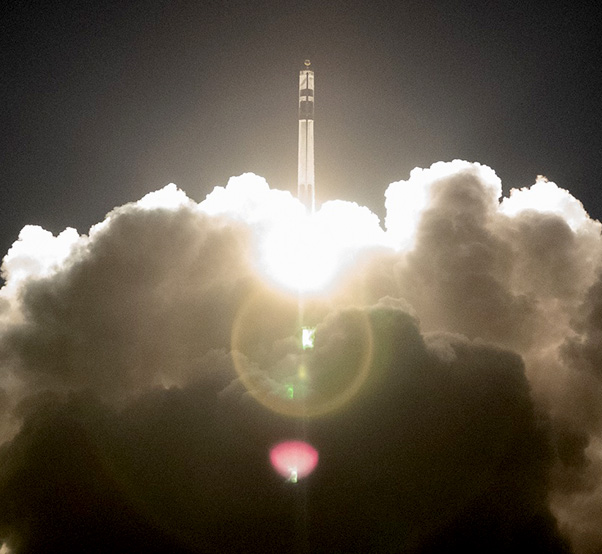 The DOD Space Test Program, under Air Force Space Command’s Space and Missile Systems Center, procured the mission in partnership with Defense Innovation Unit as part of the Rapid Agile Launch Initiative. This initiative leveraged DIU’s Commercial Solutions Opening process to competitively and rapidly award DOD launch service agreements with non-traditional, venture-class companies. The Rocket Lab USA launch is one of several planned launches in 2019 that will demonstrate the ability of the emerging launch industry to provide responsive, affordable space access for the U.S. Air Force and DOD.

The DOD experiments onboard the Rocket Lab USA launch will demonstrate advanced space technologies and accelerate the fielding of future operational space capabilities.

Harbinger, a commercial small satellite built by York Space Systems in Denver, Colo., and sponsored by the U.S. Army Space and Missile Defense Command, will demonstrate the ability of an experimental commercial system to meet DOD space capability requirements.