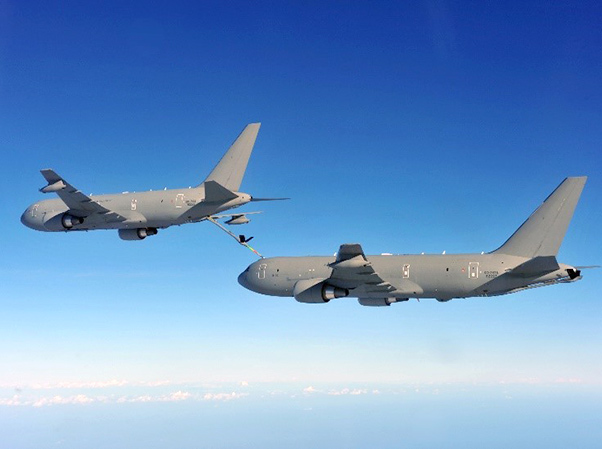 Boeing will continue providing Performance-based Logistics support to the Italian air force fleet of KC-767A tankers through July 2021 per an extended contract agreement for two additional years announced at the Paris Air Show.

Through the partnership with Boeing, the ItAF can rely on outstanding aircraft availability, which has been instrumental to the success of missions. The ItAF aims at having continued mission readiness and success through the extended PBL agreement.

The KC-767A has been the first international tanker to be certified for aerial refueling of fifth generation aircraft. The ItAF utilized a Boeing built and maintained KC-767A tanker on June 13 and 14, 2019 to successfully ferry by refueling an Italian built F-35B fighter en route from Italy to Marine Corps Air Station Beaufort in Beaufort, S.C.

“Providing unparalleled services to our defense customers around the globe is paramount,” said Torbjorn ‘Turbo’ Sjogren, vice president of International Government & Defence for Boeing. “We look forward to further supporting our ItAF partners and enabling their mission readiness for the next two years.”