The Combat Rescue Helicopter will perform critical combat search and rescue and personnel recovery operations for all U.S. military services.

The four instrumented test aircraft at the Sikorsky Development Flight Center in West Palm Beach, Fla., demonstrated their production readiness during rigorous U.S. Air Force performance and flight load survey testing. The joint Sikorsky and Air Force flight test team has executed over 150 hours of envelope expansion flights, which provided the Air Force the data necessary to execute a Milestone C decision. This decision allows Sikorsky to begin production of the Combat Rescue Helicopter, which is based on the venerable Black Hawk. 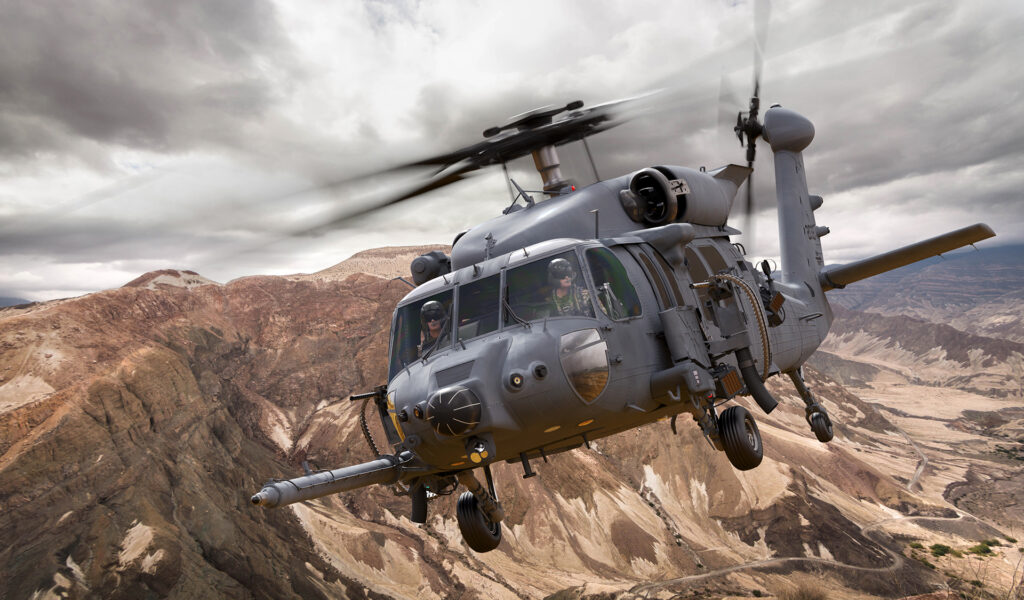 There are five CRH aircraft in various stages of production at Sikorsky’s Stratford facility. Sikorsky employees and our nationwide supply chain are ready to begin production and support delivering this all new aircraft to the warfighter.

The USAF program of record calls for 113 helicopters to replace its predecessor, the Sikorsky HH-60G Pave Hawks.

“We have just successfully gained approval to launch the production of a helicopter that will save the lives of our warfighters and our allies all over the world. This decision begins the transition to this more capable and reliable helicopter to fulfill the Air Force’s mission to leave no one behind. I could not be more proud of our government-contractor team for making this happen,” said Col. Dale R. White, Air Force Program Executive Officer, Intelligence, Surveillance, Reconnaissance and Special Operations Forces.

The CRH is significantly more capable and reliable than the HH-60G Pave Hawk The aircraft hosts a new fuel system that nearly doubles the capacity of the internal tank on a UH-60M Black Hawk, giving the Air Force crew extended range and more capability to rescue those injured in the battle space. The CRH specification drives more capable defensive systems and enhances the vulnerability reductions, hover performance, electrical capacity, avionics, cooling, weapons, cyber-security, environmental, and net-centric capabilities beyond the current HH-60G.