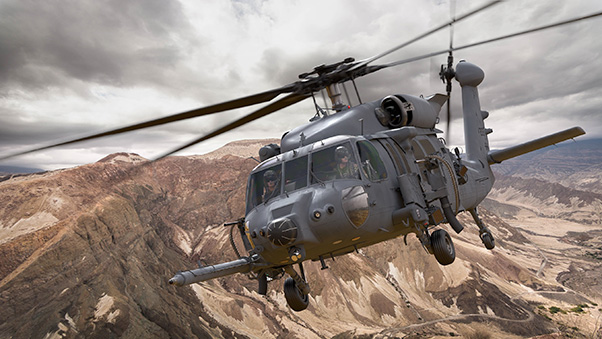 This event prepares the CRH program to proceed to assembly, test, and evaluation of the HH-60W helicopter’s training systems.

The joint Sikorsky and Air Force teams met over four days in September with key program participants from government and industry for an in-depth review.

“I am really excited about achieving yet another program milestone in support of a six-month accelerated schedule. This capability is badly needed by the USAF rescue warriors that have continually engaged in combat operations since 1991. Sikorsky is absolutely committed to them and the accelerated schedule,” said Tim Healy, Sikorsky CRH program director. “The aircraft production is well under way, and with our training system design well understood by all parties, we can now begin assembly of the training devices and courseware as well.”

The flight simulators will conform to the highest FAA standards and include the capability to link with other simulators on the Combat Air Forces Distributed Mission Operations network. The flight simulators will be used to train the full aircrew allowing pilots and special mission aviators to train together. Avionics desk-top trainers will have an array of touch screens mimicking the “glass cockpit” and include the ability to learn aircraft systems troubleshooting while in a classroom or squadron environment.

The part task training devices are designed to train maintenance personnel and to provide hands-on training in operations, servicing, inspection, and component removal and installation.

The instructional courseware will provide interactive instruction and computer-based training for HH-60W maintainers and operators.

“This is an important step forward for the CRH program. The CRH team is working hard to provide our warfighters the capability they require to continue to conduct the critical personnel recovery mission far into the future. Having highly capable training devices and courseware that mirror aircraft capability absolutely underpins our ability to perform rescue operations,” said Dave Schairbaum, Air Force CRH program manager. “This CRH training system will provide well-trained aircrew and aircraft maintainers to conduct this demanding mission.”

First flight of the HH-60W aircraft is expected in late 2018. Training devices and courseware are expected to be ready for training in early 2020.