The November Plane Crazy Saturday had a maximum ‘WOW’ factor! Meghan Salzman gave a concise and informative presentation about the incredible Build-A-Plane project, sponsored by the Tehachapi Society of Pilots.

Many of the sponsoring mentors, all experienced aerospace professionals, were in the audience to encourage this exceptional young woman, who displayed an inspiring appearance of self-confidence and knowledge, although she had never addressed a group of people before. 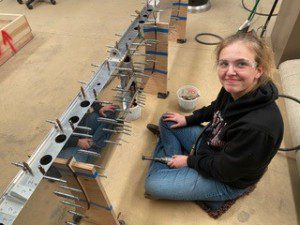 “I began attending the Tehachapi Build-a-Plane program in my junior year of high school, and it changed my life for the better,” said Salzman. “When I joined the program, I was a quiet, shy girl who was intimidated by math. Through Build-a-Plane, I was incrementally challenged with opportunities to build my character and expand my skill set.

“As I mastered different tasks, took on leadership positions, and learned the value of a little elbow grease, my confidence soared, and I learned to apply myself to school in the same way in which I applied myself to Build-a-Plane,” she said.

As a female, she could see where this project could help her land a career in male-dominated STEM (Science, Technology, Engineering, and Math) fields. Presently, she is in her second year at Bakersfield College pursuing her Mechanical Engineering Degree and she started a female engineering club, which she leads.

She told the group how she learned to use hand tools, drills, rivet guns and that built her confidence. She invited her brother to join the group too. He was part of the team that did the layout for the detailed paint scheme on the airplane.

She began the program showing a video of the CH750 Cruzer kit-plane in flight.

“That fully functional, flying aircraft, you just watched was built by high school students in Tehachapi in a program called Build-A-Plane,” said Salzman. “In short, Build-A-Plane is a high school program in which students learn applicable, occupational skills to construct a full size kit aircraft. All of this is done under the guidance of retired aerospace mentors.”

The CH750 Cruzer kit-plane manufactured by Zenith Aircraft Company of Mexico, Mo., was built this past year during the COVID-19 shutdown. Parents and students chose to continue the classes two afternoons and two hours per class, each week.

“The mentors have dedicated themselves to teaching the next generation applicable skills,” Salzman said. “The concept of Build-A-plane originated within the Tehachapi Society of Pilots when a couple of the members developed an interest in STEM activities related to aerospace and aviation.”

“The goal behind this was to give students an opportunity to learn more about aerospace and aviation careers and give them an opportunity to decide if this was something they want to pursue,” said Salzman. “A grant was received in 2017 to initiate the program and the build began in January of 2018, with a partnership with Valley Oaks Charter School.”

“One good thing about the program is if you attend Valley Oaks Charter School, you actually get credit for attending Build-A-Plane because you are learning usable skills,” Salzman said. “This in no way insinuates that this program is limited only to Valley Oaks Charter School, basically if you can make it there ó you are welcome, even if you don’t go to Valley Oaks. I was home schooled and we have had some students attend from outside of Tehachapi.”

“Students learn how to read schematics and drawings, they learn how to use tools safely, they drill thousands of holes and pull thousands of rivets and when you do something thousands of times, it isn’t challenging anymore and you are confident you can do it correctly,” Salzman said. “They learn how to work as a team. Most of the students are home-schooled and they are great independent learners. Build-A-Plane expands their world and shows them the benefit of working as a team.”

“I didn’t have the confidence to insert myself into what was going on,” said Salzman. “I wasn’t a leader and no one could make me lead. I learned how to grow through various challenges.”

On display during Slazman’s presentation was a vertical stabilizer from Van’s RV-10 that she had worked on.

“Before Build-A-Plane, I didn’t like Math, I thought it was irritating, I just wanted to be done with it and never look at a geometry or algebra problem again, but Build-A-Plane helped me to see Math as a tool for understanding the world. It became the key to unlocking problems and making them a success. That never would have happened if I hadn’t been in this project,” said Salzman.

“I attended National Test Pilot School Summer Flight Test Academy,” Salzman said. “One of the coolest experiences I have ever had.”

Salzman introduced her brother Ryan and other students, Matthew Catalde, and Jacob Groh who worked with Hydrochrome, a local paint shop in Tehachapi, to prepare and paint the Cruzer.

After the presentation, Diane Barney, member of the Mojave Air and Space Port Board of Directors took Salzman on a flight in her World War II-era PT-17 Stearman.

Everyone was completely blown away with Salzman’s poise and knowledge. Some company in the near future will be able to hire this new Mechanical Engineer and I am confident she will hit the ground running and impress everyone again! 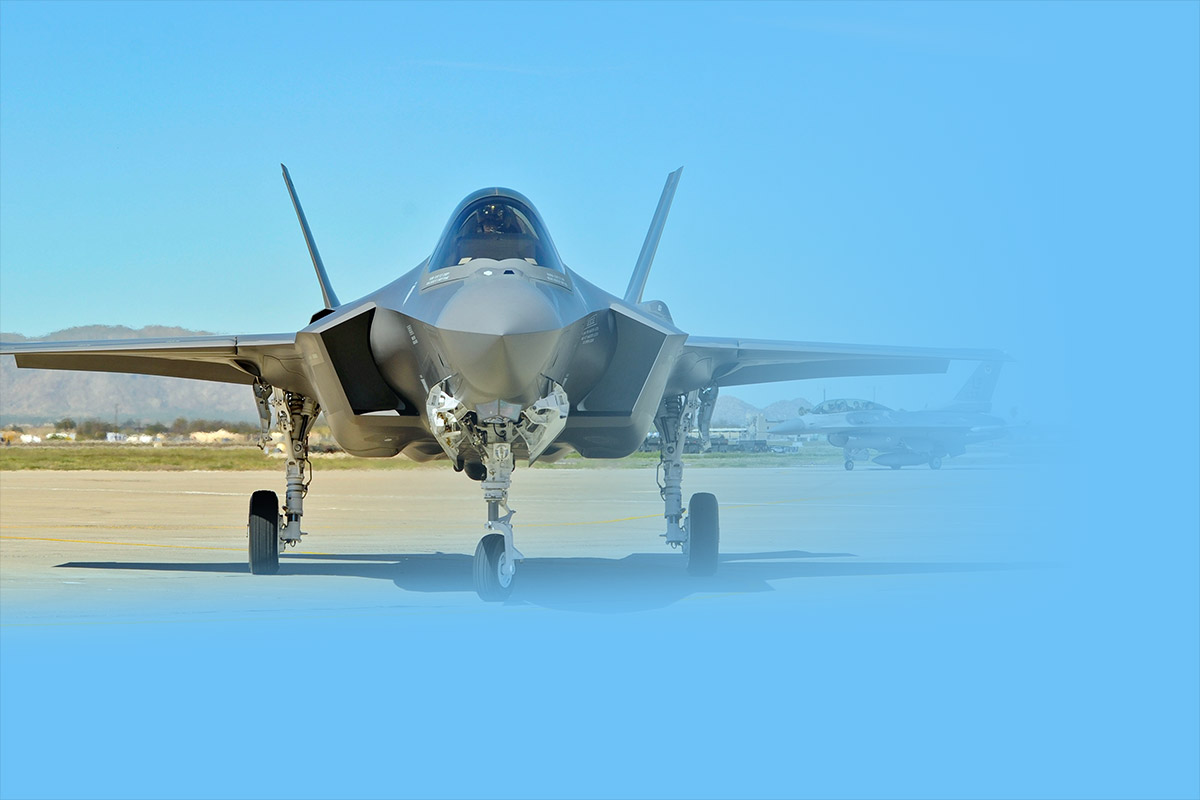