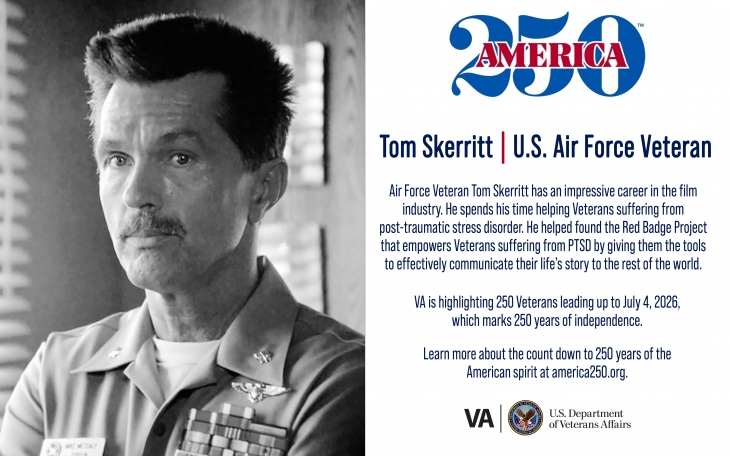 Air Force veteran Tom Skerritt has an impressive career in the film industry.

He appeared in popular Western dramas like “Gunsmoke” and war comedies such as the movie “M*A*S*H.” He also starred as Commander Mike “Viper” Metcalf in the 1986 movie “Top Gun” and Dallas in the 1979 movie “Alien.” Skerritt has performed in some of the nation’s most recognizable television productions and films.

Skerritt was born in 1933 and raised in Detroit, one of the most hard-hit cities in America by the Great Depression. This was the historical context that set the stage for Skerritt’s budding appreciation for the arts. One Saturday each month, Skerritt attended school field trips to local creative venues. These trips exposed him to a diverse array of art, including sculptures, paintings, literature and music. Exposure to these different forms of art enlightened Skerritt and compelled him to look beyond the confines of his narrow upbringing. In a 2020 interview with We Are the Mighty, Skerrit said that witnessing all the different artistic expressions “stayed with me – to know there is something more to this life than the Depression.”

After graduating high school, Skerritt did not quite know what he wanted to do with his life and enlisted in the U.S. Air Force in 1951. His decision to enlist was not entirely unprecedented. His older brother, whom Skerritt often looked to as a father figure, served as a pilot in World War II. Skerritt was stationed at Bergstrom Air Force Base, Texas, and worked as a classification specialist.

He served for four years until deciding to focus on getting an education.

Using the GI Bill to fund his education, Skerritt eventually attended the University of California Los Angeles, using the educational opportunity to pursue his creative endeavors. Skerritt studied to become a director, though he spent much of his time in Los Angeles acting to support his family. Living there offered Skerritt ample opportunities to hone his acting skills and meet people who would help him in his professional career. In 1962, Skerritt landed his first major role in the movie “War Hunt.” Later on, he met Robert Altman, who initially hired Skerritt for small roles. Altman went on to direct the movie “M*A*S*H” and asked Skerritt to help him with the film. Skerritt’s acting success in the film led to one opportunity after another, solidifying the start to his long career in the film industry.

To learn more about the methodology behind the program, listen to Skerritt’s 2016 TEDx Talks: https://youtu.be/OfqNNE7BNGU

Editor’s note: America250 — The Veterans Administration is highlighting 250 Veterans leading up to July 4, 2026, which marks 250 years of independence.