There is a generational gap in how military history is understood, and the respect and commemoration for past wars is increasingly difficult to find.

How do we balance reality and fantasy with perceived notions of the evils of war as the world searches for peace? What young people today are taught about past conflicts can easily exceed their capacity to comprehend if those teaching or telling the story fail to realize that the young mind can take a complex subject matter and overfeed it with details. 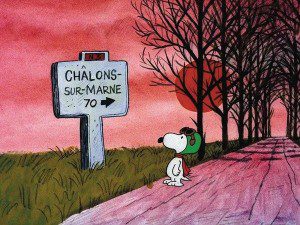 In 1965, when I was an 11-year-old boy, a comic book series available on newsstands and a CBS Halloween special would ease this young person and thousands of others like me into a very strange relationship between a children’s fantasy and the realities of a world at war.

We all know and love the Peanuts characters. Charlie Brown and his crew of colorful personalities do a great job paralleling real-life experiences and how to deal with them in a positive way. Much like Lucy and her “doctorly” advice, there was always some bit of wit shared to help one cope with everyday challenges. That was a lot to ask of cartoon characters we didn’t want to get too preachy. After all, this was a fantasy kids’ world that needed to be funny and entertaining.

However, the great Charles Shultz was the brain behind the Peanuts gang, and he needed a way to share some history in a fun manner. He wanted to expose the reality of uncomfortable subjects so they could be processed by young minds, creating a lasting impression.

A song from 1966 spoke of a hero, a funny looking dog with a big black nose, and that dog we all came to love was of course Snoopy. Little did we know that our favorite pup would become the reason that for a couple generations we would not forget the Great War, later known as World War I.

When Snoopy took to the skies on his doghouse and tangled with the infamous Red Baron, Charles Shultz was using his childhood and World War II service to make sure that future generations would not forget the world of his youth, and later his Army service. All those like him who grew up in the shadows of World War I and the Great Depression, and unselfishly gave of themselves were also going to be part of the lesson when the world would find itself at war again in the 1940s.

When It’s the Great Pumpkin, Charlie Brown first aired on CBS, most did not realize there were two story lines, one a fantasy, and fun excursion into the joys of the Halloween season, and the second a dramatic understanding of a world at war. 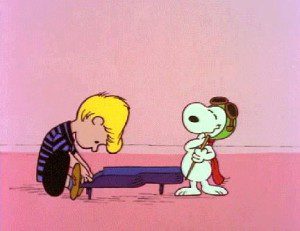 Using the Halloween costume search for the Peanuts gang we find Snoopy opting for the World War I fighter pilot garb of a helmet, goggles and the scarf, and it’s not long before the dream sequence, like many Hollywood movies of the day, had our hero in the skies facing life or death moments with the deadliest enemy of the time, Manfred Von Richthofen — aka the Red Baron.

For a kid’s cartoon, the bullets flying and machine guns blaring away seemed a bit out of place especially when our hero Snoopy fell victim and ended up with a smoking, bullet-riddled doghouse crashing into what was called the no-man’s land between the American and German lines. Making his way across the battlefields, that showed the devastation and the sounds of conflict all around him, our hero managed to make it back to the safety of his own lines.

The fantasy then returned to the reality of Halloween night and the joyous activities until at the party, Snoopy found himself with Schroeder at the piano and before long he was joining in with chorus after chorus of songs that became standards during World War I for the fighting troops but also for the youth of the next generation that grew up singing and humming those songs.

Snoopy’s emotions ran from celebration to camaraderie, to excruciating grief as Schroder hammered out the songs on his little piano. As this scene played out many wondered what in the world this doing in a Halloween TV special made for kids.

Through the imagery of his comic strips and the haunting sequences of The Great Pumpkin, Charles Schulz made sure that America’s Great War would not easily be forgotten. 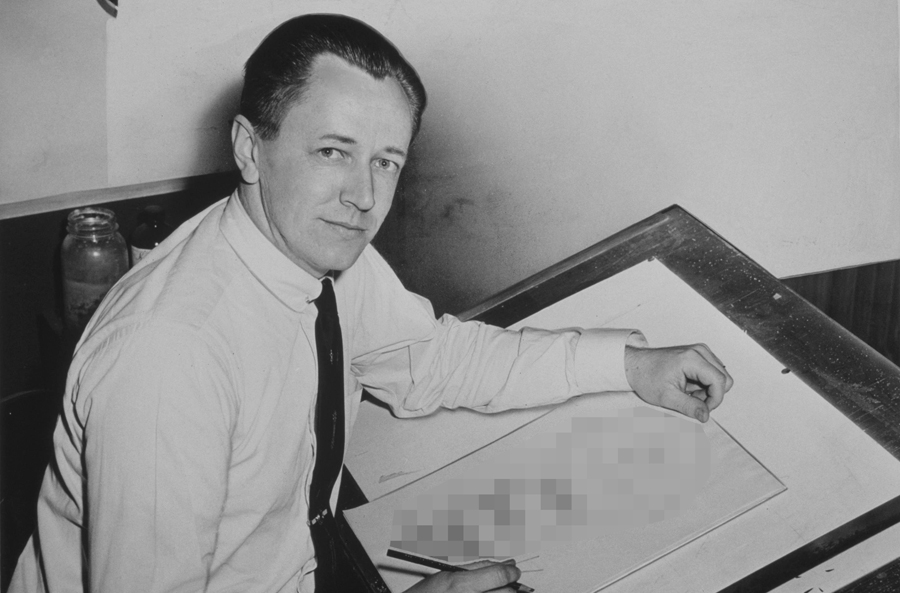 Obscured by the fog of passing time and the numbing effect of subsequent conflicts, the Great War has largely receded from American memory and popular culture — with the improbable exception of an animated beagle dressed as an aviator, in eternal pursuit of the Red Baron.

Charles Shultz, who served in combat, took his own experiences after landing in France in February 1945 and serving in Germany and Austria. The cartoonist later recalled his first glimpse of war-torn Germany: “Everything was bombed out, crushed, every building shot up; bullet holes were every place.” Schulz’s memories seem to haunt Snoopy’s journey through France, made visible by bullet holes and gutted villages, and audible in the ghastly sounds of combat.

Of all Charles Shultz works, his one constant companion in reality and fantasy will always be Snoopy, as far as I can tell. He used Snoopy as his best communicator, for when it came to remembering the importance of the past to the veterans that have served this country, none would serve that role any better, than that funny looking dog with the big black nose that never would speak a word but communicated his creators’ messages in a manner that would endear him to generations.

Keep ‘em flying Snoopy and until next time, Bob out…