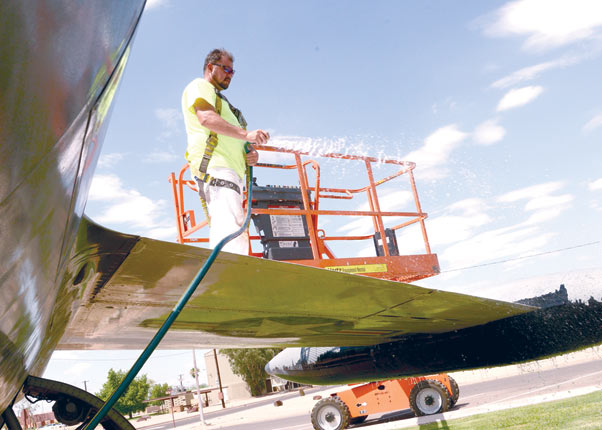 Chazz Harris, civilian contractor, strips paint from the F-104C Starfighter static display at Luke Air Force Base. The F-104C served with the U.S. Air Force from 1958 to 1969 but continued to be flown by many NATO countries, including Germany, who trained pilots at Luke AFB. More than 2,200 F-104 pilots graduated from 1964 to 1983 at Luke.