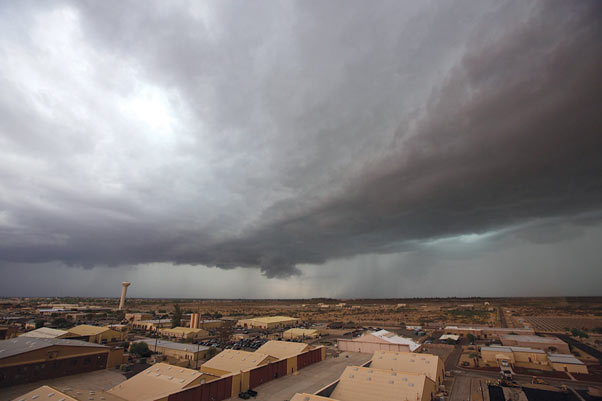 A photo taken Tuesday from atop the air traffic control tower on Luke Air Force Base displays an ominous-looking storm system approaching the base from the southeast. Although it was reported that Litchfield Park received the most rain in the Valley from the storm, measuring 1.5 inches, the rainfall at Luke was measured at about half an inch, according to Airman 1st Class Kendall Griffin, 56th Operations Support Squadron Weather Flight technician.