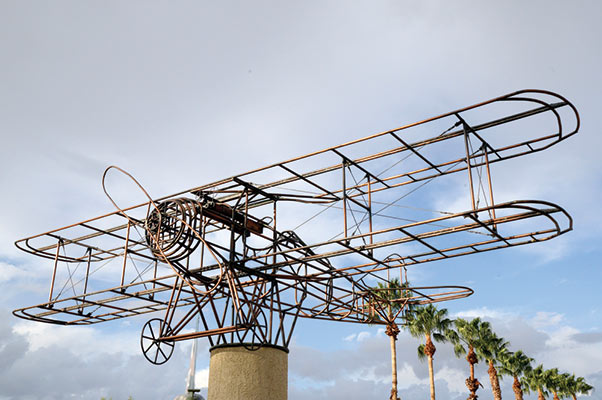 A static SPAD XIII airplane is on display in the at Luke Air Force Base air park. The SPAD XIII was a French-built airplane built for U.S. Air Service Pursuit Squadrons in World War I and was also the aircraft used by Phoenix native Lt. Frank Luke to down 18 enemy aircraft in nine combat missions during WWI.