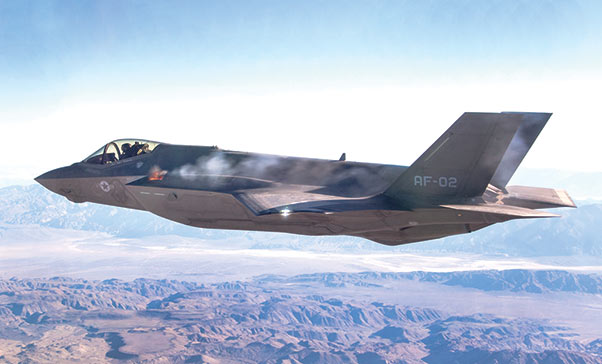 The F-35A Lightning II completed the first three airborne gunfire bursts from its internal Gun Airborne Unit-22/A 25mm Gatling gun system during a California test flight Oct. 30. This milestone was the first in a series of test flights to functionally evaluate the in-flight operation of the F-35A’s internal 25mm gun throughout its employment envelope. Three bursts of one 30 rounds and two 60 rounds each were fired from the aircraft’s four-barrel, 25-millimeter Gatling gun. In integrating the weapon into the stealthy F 35A airframe, the gun must be kept hidden behind closed doors to reduce its radar cross section until the trigger is pulled.