The Phoenix Suns basketball team visited Luke Air Force Base and treated Airmen and families of the Luke community to a training practice in support of personnel in the armed services.

Before practice, the team toured Luke’s feature jet, the F-35 Lightning II. Lt. Col. Matthew Vedder, 62nd Fighter Squadron director of operations, escorted team members and staff to view the F-35 and answered questions for players about the importance of the F-35 program and what it means for the Air Force.

“Seeing the F-35 was amazing,” said Tyson Chandler, Phoenix Sun’s center. “I have never been that close to such a powerful plane before and then hearing all the detail that goes into it was just amazing.” 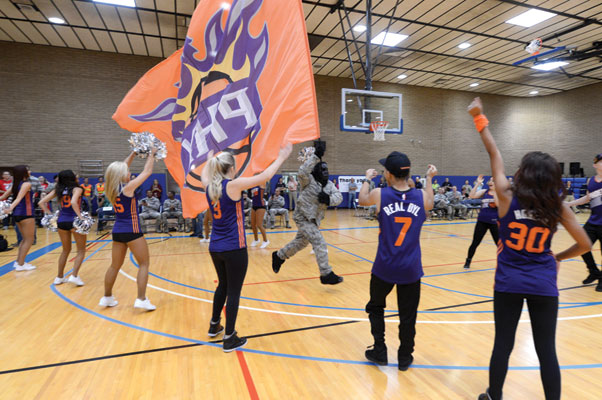 After visiting the flightline, the Phoenix Suns arrived at the Bryant Fitness Center where they were met by members of the 56th Security Forces Squadron, family members of fallen heroes, and anxiously awaiting Airmen in uniform. The team performed a sample of their routine practice schedule, demonstrating different warm-up exercises and shooting drills. 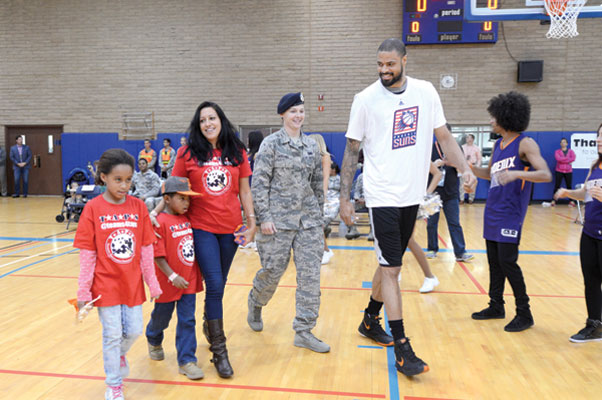 At the end of practice, Airmen were selected from the audience to be matched with a player. Each player was given two chances to score from the half-court line. If the shot was made, the Airman would receive a signed jersey of that player. As every player stepped up to shoot, anticipation was felt as the ball traveled through the air. The crowd and players groaned with every missed shot, but as the ball met the net with a swoosh, excitement and cheers sent both the player and lucky Airman to congratulate one another with a rebuild of anticipation for the next shot.

The players threw into the crowd miniature basketballs and Phoenix Suns shirts, while meeting face-to-face with Thunderbolts to sign memorabilia. 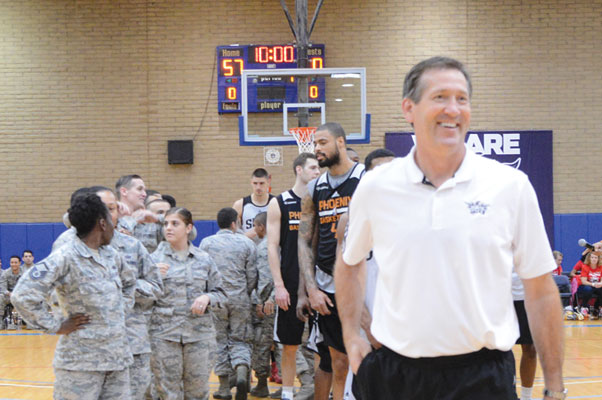 Jeff Hornacek, Phoenix Suns head coach, leaves the court after stating the rules for a half-court game. Players were matched to Airmen who won a signed jersey when the played made a basket from half-court.

“The men and women here are the ultimate team,” Chandler said. “They are our protectors, day in and day out allowing us to do what we love. It is more inspirational for us to come out and be amongst them. Any time you represent your country, it is the highest honor.”

The Phoenix Suns practice gave players an opportunity to give back to the men, women and families of Luke Air Force Base and show their gratitude for serving. 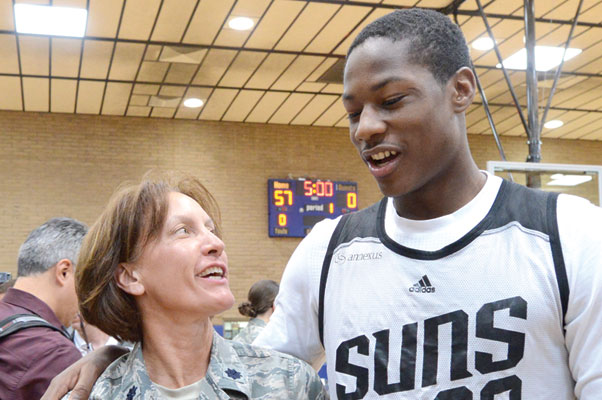 “This was great,” said Jeff Hornacek, Phoenix Suns head coach. “To come here and interact with everybody has been a lot of fun for the guys. We appreciate all the work that service members do for us in keeping this country safe and free for us to be basketball coaches and players.” 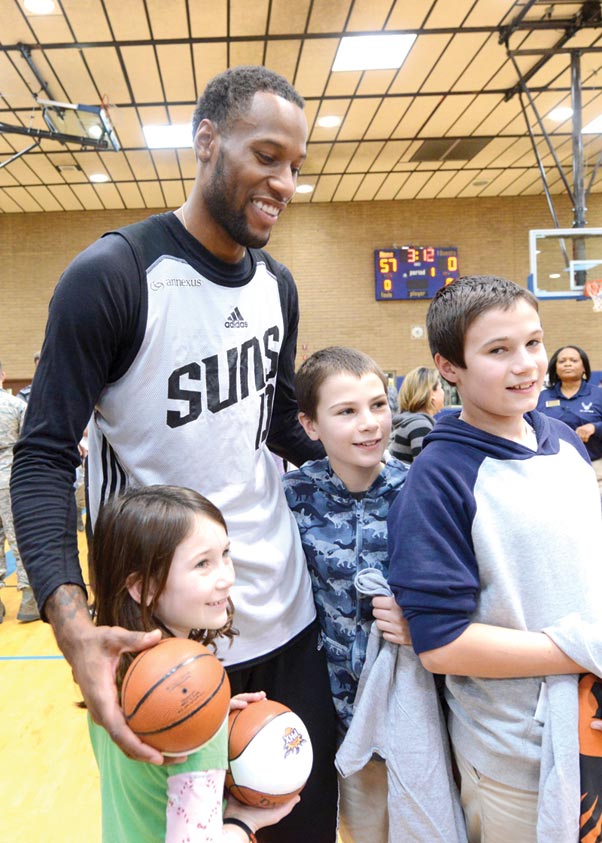