Forty-three race cars, 200 laps and only one driver to win it all.

Fast cars and intense action are not all NASCAR is known for. It’s also known for recognizing throughout the NASCAR season those who serve in the military.

The program, NASCAR Troops to the Track, is a season-long initiative that honors members of the military for their service and treats them to customized experiences at the races. The program is a way for NASCAR to say “Thank You,” to military members and gives them a behind-the-scenes view of one of America’s most popular sports. 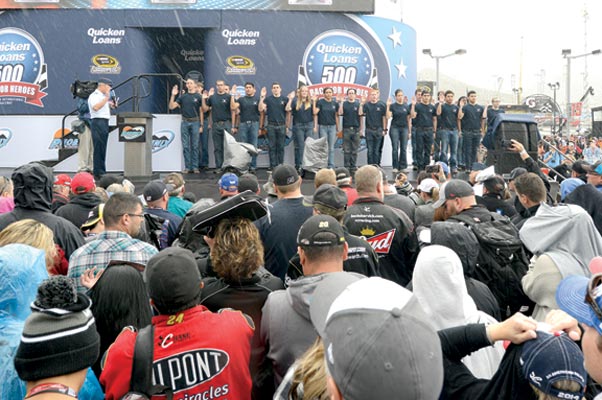 Lt. Gen. Mark Nowland, 12th Air Force commander, delivers an oath of enlistment to 25 Air Force delayed entry program members prior to the start of the race at the PIR.

“Honoring our nation’s military is a long-standing tradition in our sport,” said Mike Helton, NASCAR president. “The NASCAR: An American Salute” platform truly enables us to collectively express our gratitude to the millions of members of the U.S. armed forces and their families for the sacrifices they have made in defending our nation.”

Luke Airmen met with drivers and crewmembers Sunday before the Quicken Loans Race for Heroes 500 at Phoenix International Raceway in Avondale. They also met the Air Force-sponsored driver No. 43 Aric Almirola who thanked them for their service and posed with them for photos. 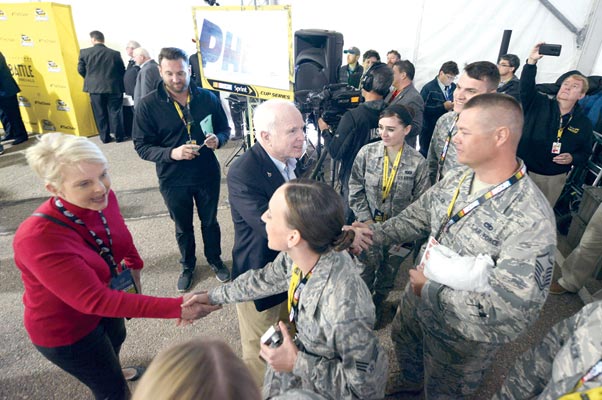 “The hard work they do for our country is amazing,” Almirola said. “We love having the military come out and be a part of our races. It’s awesome they get to see how we operate and meet with the crewmembers that make it happen.”

The rain caused the race to be delayed, but it did not stop NASCAR from giving the Airmen a world-class tour of its facilities. The Airmen were treated to an up-close look into the motor sport and were given special access to areas rarely seen by most fans. They sat in on the safety brief given to owners, drivers and crew chiefs before all races, and toured the garage and pit areas while the crews were getting ready for the day’s race. 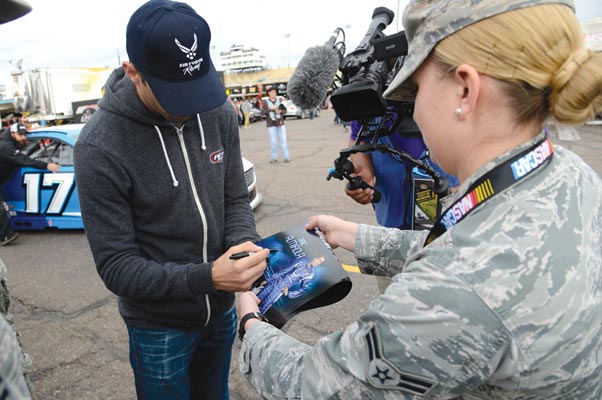 “Even though it was raining most of time it was still an amazing day,” said Airman 1st Class Kevin Dawson, 56th Comptroller Squadron finance technician. “NASCAR always treats their fans well, and I’m glad we all got the opportunity to see how they operate.”