The partnership between the RSAF and the U.S. is essential for not only training but mission success, according to Singapore officials. 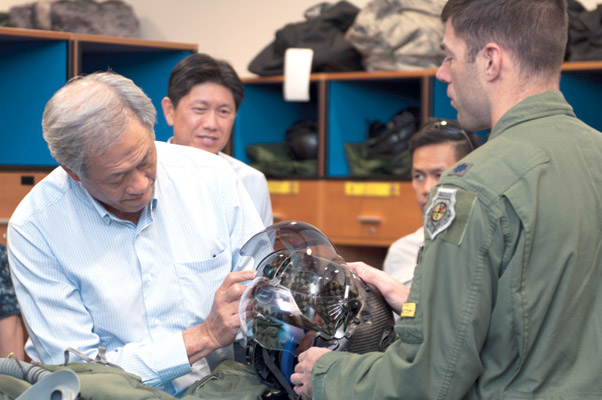 “We have a very deep relationship with Luke Air Force Base, and to be able to train here to test our systems is very important for us,” said Ng Eng Hen, Singapore defense minister. “But beyond that, I think this relationship is built on shared values and perspectives and that we both believe in a strong defense. We are very thankful to Luke Air Force Base and the surrounding communities for allowing our armed forces to train here.”

The goal of the exercise is to provide high-end training for all armed forces personnel.

“Forging Sabre allows our Singaporean partners a chance to train for a combat scenario in phenomenal airspace with the ability to employ live and inert weapons,” Forino said. “It’s a great opportunity for a large group of Singapore Armed Forces members to hone their combat skills” 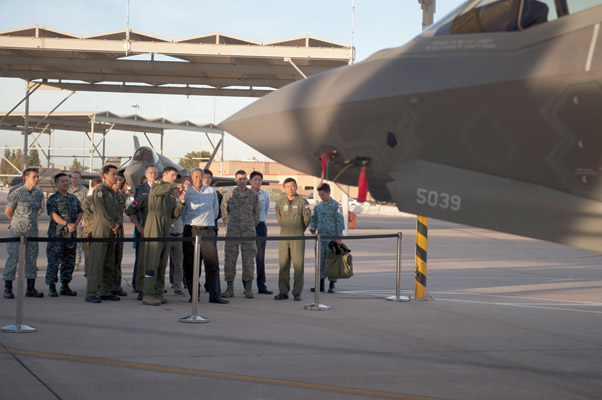 Singapore officials receive a briefing on the F-35 Lightning II at Luke.

The goal of Forging Sabre was fulfilled thanks to all the Luke Thunderbolts involved, Forino said.

“It was a tremendous effort by many people and agencies to make it a success,” Forino said.