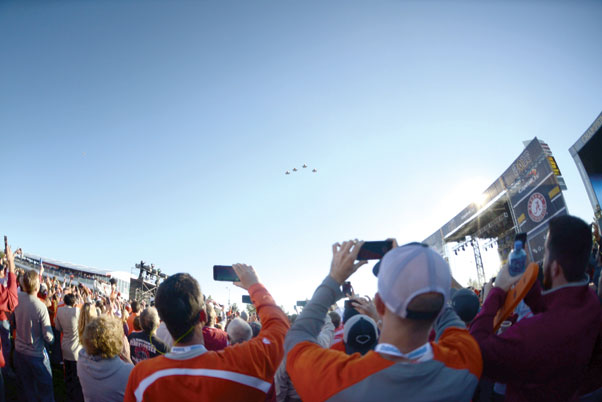 A four-ship formation of F-35 Lightning II fighter aircraft performs a flyover prior to the 2016 College Football Playoff Championship Monday at the University of Phoenix Stadium in Glendale. The F-35s shown are from Luke Air Force Base. Luke’s mission is to train the world’s greatest F-35 and F-16 fighter pilots.