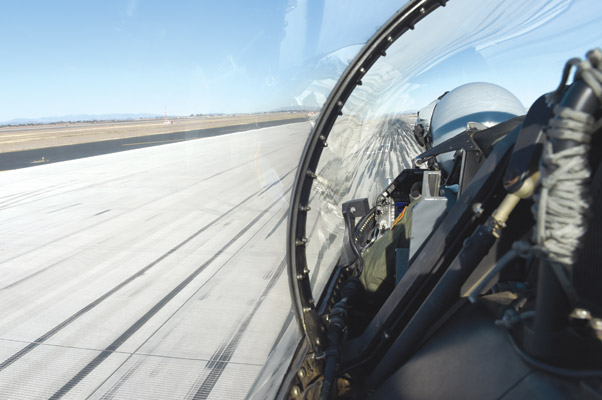 An F-16 Fighting Falcon with Staff Sgt. Staci Miller, 56th Fighter Wing Public Affairs photojournalist, on board tagged alongside a four-ship formation of F-35 Lightning II fighter aircraft from Luke Air Force Base that performed a flyover prior to the 2016 College Football Playoff Championship Jan. 11 at the University of Phoenix Stadium in Glendale.