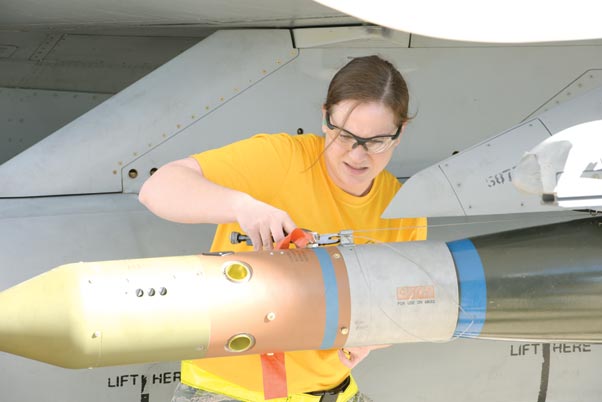 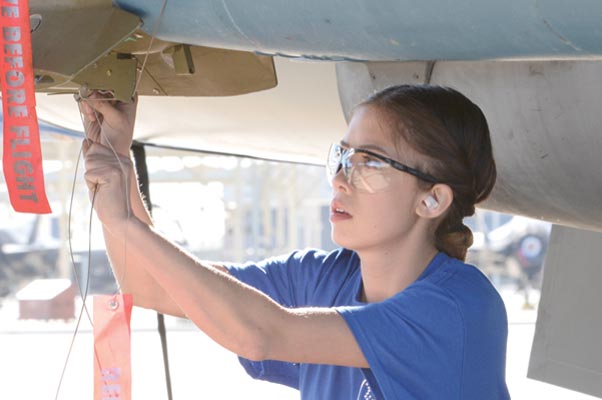 Airman 1st Class Nadiya Frick, 309th Aircraft Maintenance Unit load crew member, secures a weapon during the competition. Teams compete by racing to complete the loading of several weapons to their respective aircraft under the scrutiny of experienced judges. 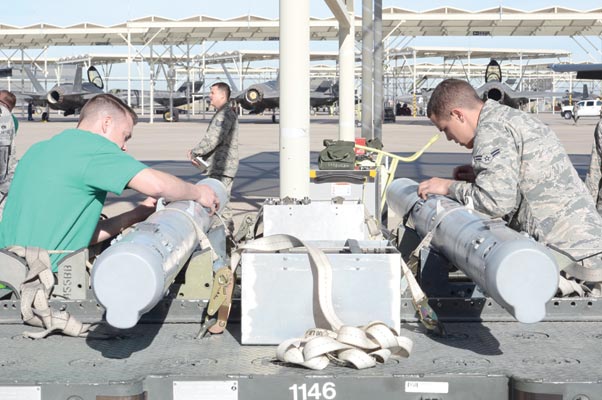 Load crew members from opposing teams race to prepare munitions for loading Jan. 29 during the 2015 Annual Load Crew Competition at Luke Air Force Base. Six load crew teams, including two from Holloman AFB, New Mexico, competed. The winner will be announced at the Maintenance Professional of the Year Banquet in March. 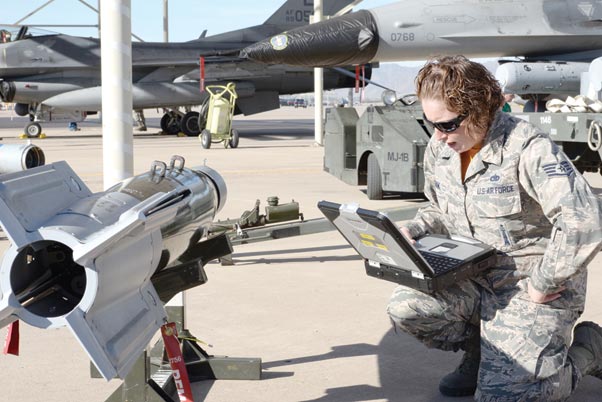 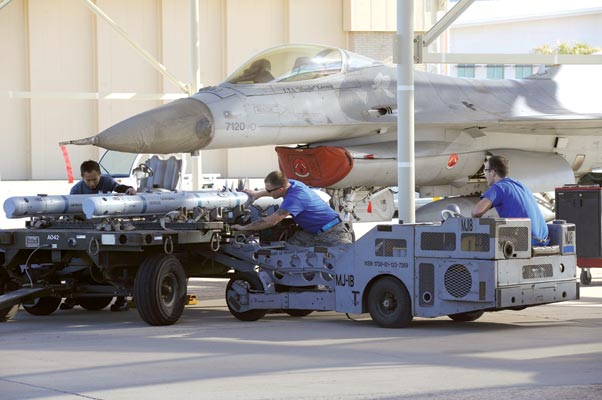 The 309th Aircraft Maintenance Unit load crew mount a weapon during the competition. Teams are given 35 minutes to complete the task of loading several weapons onto aircraft under the scrutiny of experienced judges.