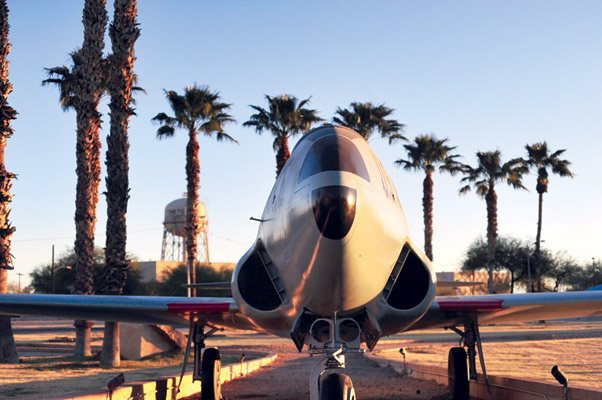 The Lockheed T-33A Shooting Star is shown Feb. 8 at the Luke Air Force Base air park. The T-33A became the Air Force’s standard jet trainer in 1949 and served for almost two decades in that role. It played a secondary role at Luke but served 17 years here following its June 1951 arrival.