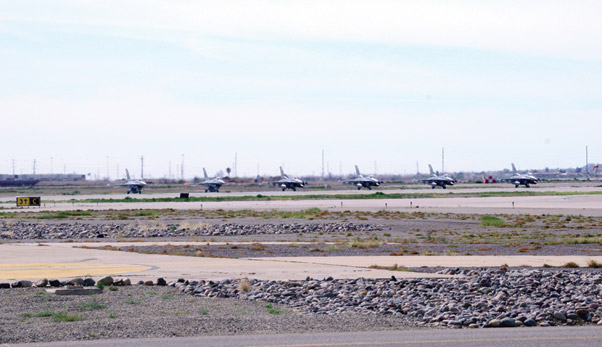 Six F-16 Fighting Falcons await instructions prior to launch Tuesday at the end of the runaway at Luke Air Force Base. The 56th Operations Group has operational control and responsibility for all F-16 fighter squadrons here at Luke, including two detachments. The United States Air Force Air Demonstration Squadron, officially activated June 1, 1953, as the 3600th Air Demonstration Unit at Luke, is scheduled to perform at the Luke Air Force Base Airshow April 2 and 3.