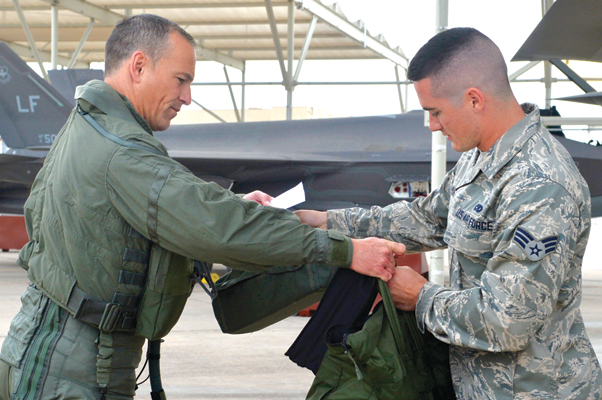 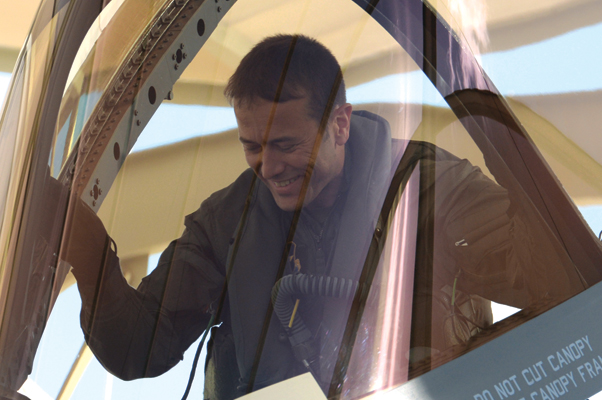 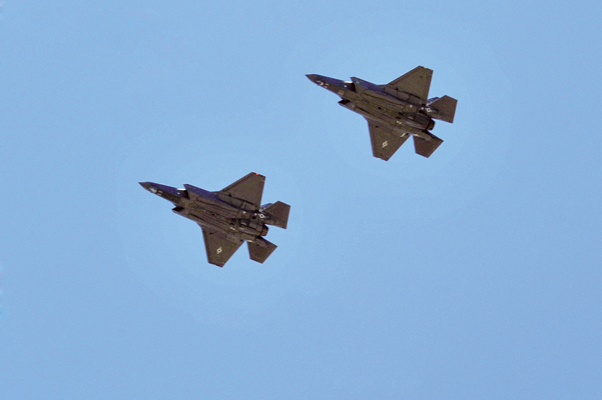 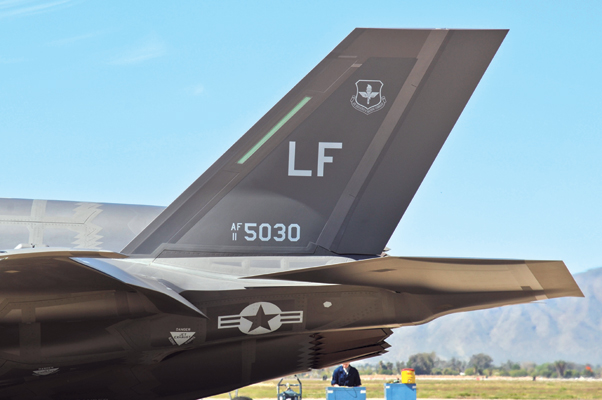 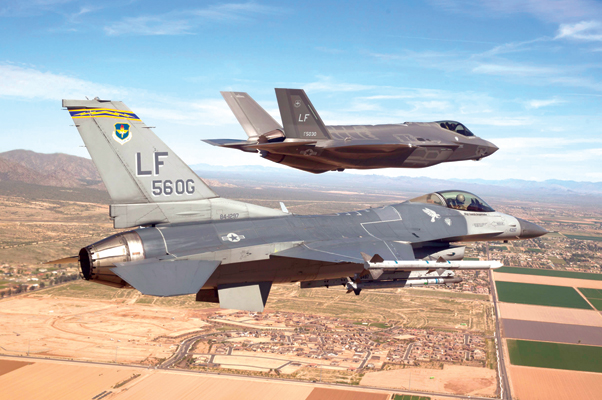 The F-35 Lightning II JSF makes its first appearance March 10, 2014, at Luke Air Force Base. The aircraft was flown in directly from the Lockheed Martin factory at Fort Worth, Texas, by Col. Roderick Cregier, an F-35 test pilot stationed at Edwards AFB, California. Maj. Justin Robinson, 61st Fighter Squadron assistant director of operations, flies the 56th Operations Group flagship F-16 as he escorts Luke’s first F-35 to the base. 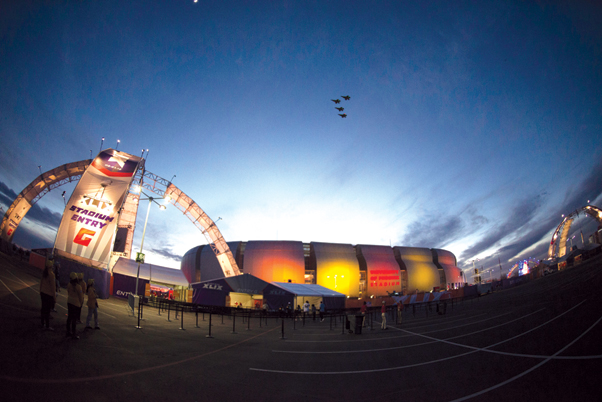 A four-ship formation of F-35 Lightning II joint strike fighters fly over the 2015 Pro Bowl game Sunday at University of Phoenix Stadium. The fly over was the first-ever for the F-35 JSF. 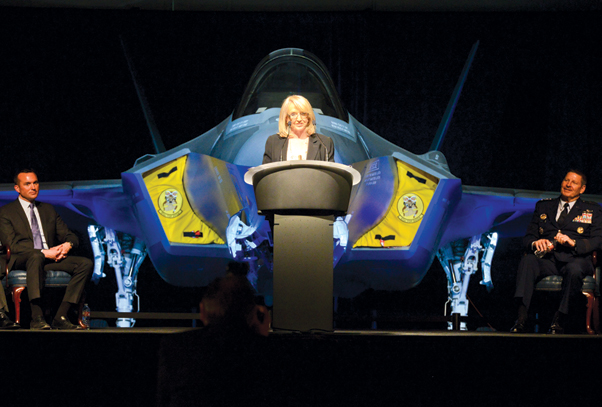 Arizona Governor Jan Brewer addresses an audience of approximately 500 community leaders, elected officials, representatives from partner nation air forces and Luke Airmen during an unveiling ceremony March 14, 2014, at Luke Air Force Base for the 56th Fighter Wing’s first F-35 Lightning II fighter jet. Brewer was joined on stage by Undersecretary of the Air Force Eric Fanning, left, and Gen. Robin Rand, commander of Air Education and Training Command. “I am thrilled for all the military, for the residents of the West Valley and for our state,” the governor said. “I’m immensely proud to stand with you to welcome this incredible aircraft to the Valley of the Sun.”