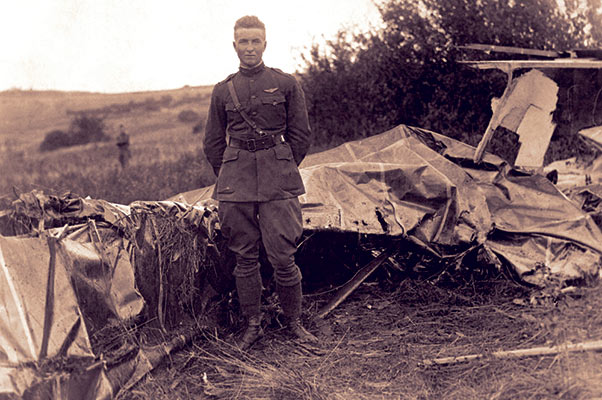 In September 1918, 2nd Lt. Frank Luke Jr., Arizona native, made aviation history in World War I when he wreaked havoc on the aerial fleets of Germany. During an 18-day period of which Luke flew only eight days, he destroyed 18 enemy aircraft. Because he targeted the most dangerous prey, the heavily defended observation balloons, he became known as the “Arizona Balloon Buster.” He was the first aviator awarded the Medal of Honor. On June 6, 1941, Litchfield Park Air Base was redesignated Luke Field in his honor and memory.