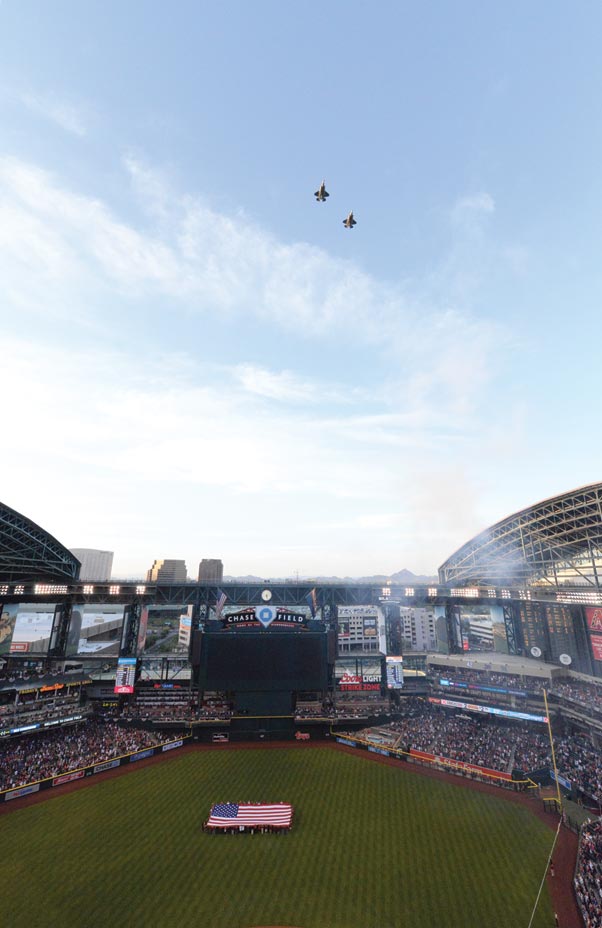 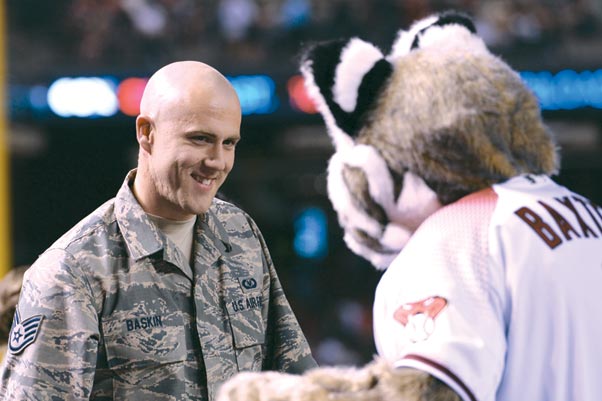 Staff Sgt. Derek Baskin, 62nd Fighter Squadron aircrew flight equipment technician, smiles after giving Baxter, the Arizona Diamondbacks’ mascot, a high-five during the Diamondbacks’ season opener on April 4th, 2016 at Chase Field ballpark in Phoenix, Ariz. Baskin was part of a crew of 62nd FS Airmen who ensured the successful performance of an F-35 flyover just before the start of the game. 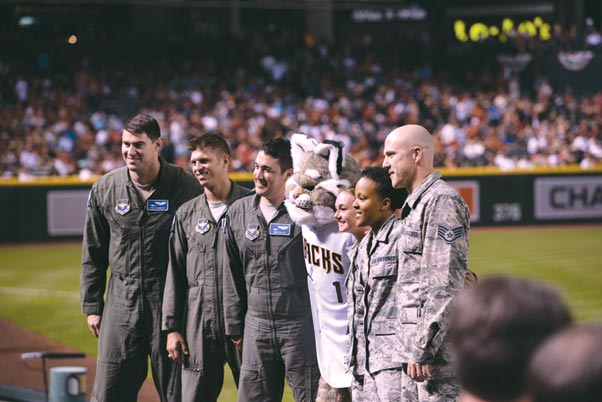 A crew of Airmen from the 62nd Fighter Squadron pose for a picture with Baxter, the Arizona Diamondbacks’ mascot, after being presented to the crowd of the Diamondbacks’ season opener for successfully conducting a flyover with two F-35 Lightning II Joint Strike Fighters just before the start of the game on April 4th, 2016, at Chase Field ballpark in Phoenix, Ariz. The 62nd Fighter Squadron flies out of Luke Air Force Base. 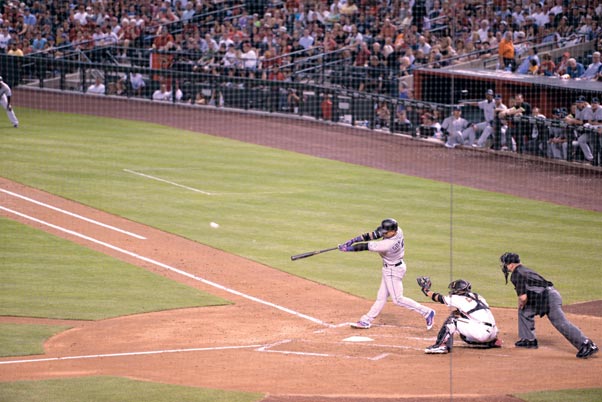 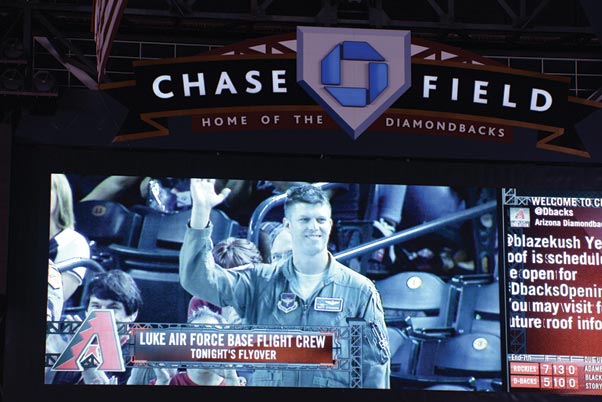 Maj. Matthew Strongin, 62nd Fighter Squadron pilot, waves to the crowd as he is introduced at the Arizona Diamondbacks’ season opener on April 4th, 2016, at Chase Field ballpark in Phoenix, Ariz. Strongin was one of two pilots who performed a flyover in F-35 Lightning II Joint Strike Fighters at the start of the game.