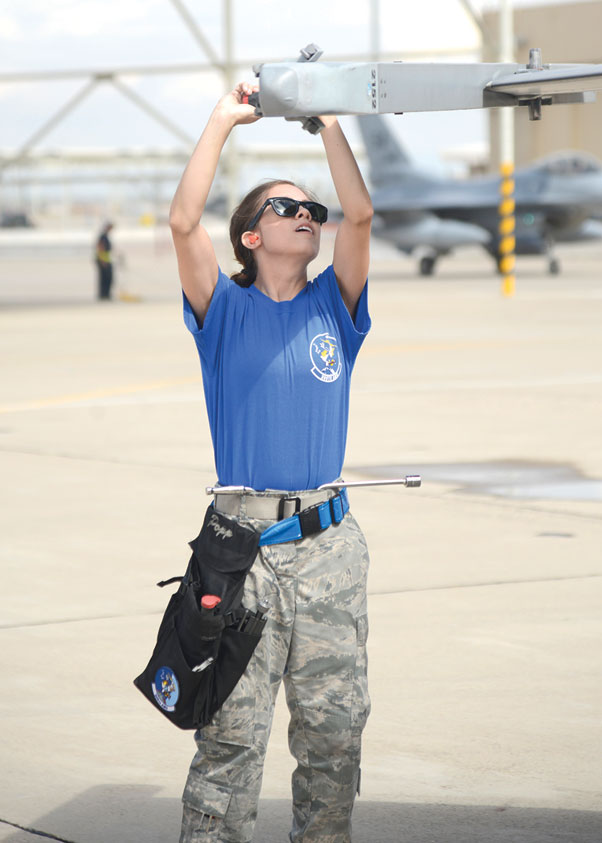 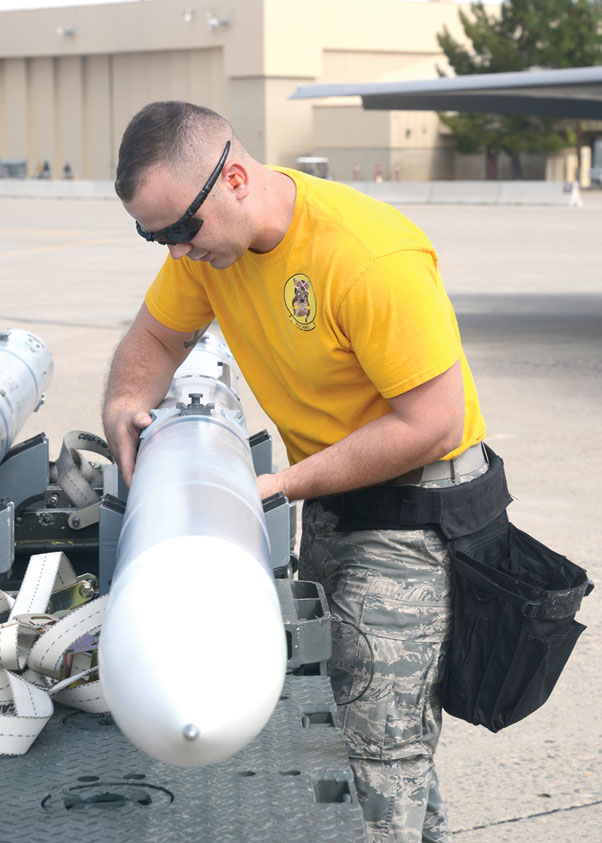 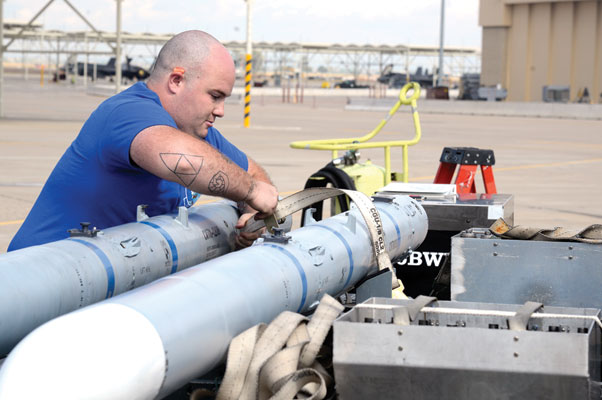 Senior Airman David Davidson, 309th Aircraft Maintenance Unit weapons load crew member, places the belt on an AIM 9 L/M munition during the second quarter 56th Fighter Wing load crew competition April 8 at Luke Air Force Base. The load crew competition is designed to encourage friendly competition among load crew members and enable them to display the high skill level at which they routinely operate. The purpose of the event is to see which team loads weapons onto their respective aircraft earning the fastest time and the fewest errors. 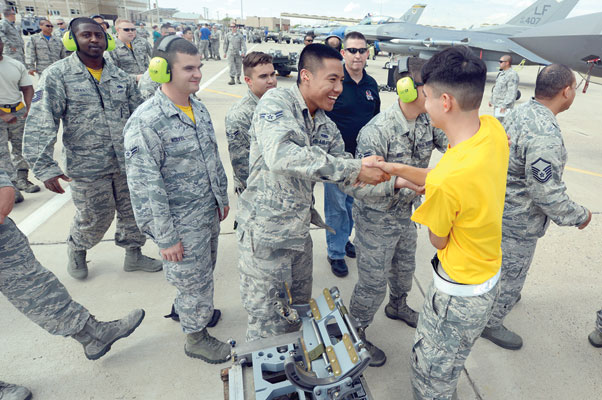 Members of the 61st AMU congratulate other unit load crew members after the competition. 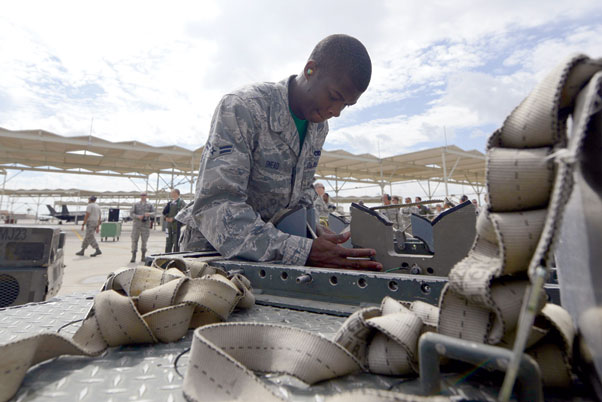