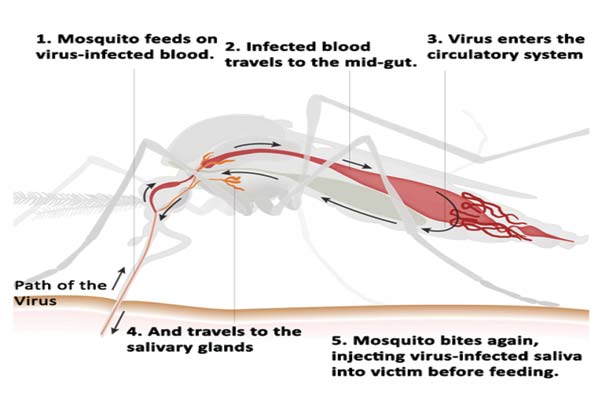 Chikungunya, dengue and Ebola are not names of exotic cuisine but rather diseases. Joining the array of names at the forefront is the Zika virus. Taking a closer look at what the virus is and how it is transmitted will help Arizona residents assist in preventing the spread of Zika.

Zika is not a new disease. As protocol dictates, Zika was named after the forest for which the first case was discovered in 1947. Since then outbreaks of the virus have been reported in tropical Africa, Southeast Asia and the Pacific Islands.

Due to its mild symptoms it has received some attention. Recently, news agencies have reported the Zika virus can cause a serious birth defect called microcephaly, where a baby is born with a smaller than normal head size, as well as other fetal brain defects.

Unfortunately, Zika will continue to spread since the primary agent that transmits the disease is the mosquito. While the mosquito draws in blood from a human body, it deposits fluids into the blood stream from food sources it consumed earlier and infection occurs.

Although this is the primary route of infection, there has been one confirmed sexually transmitted case in Texas.

Those who have recently traveled to an area with Zika virus, should practice safe sex. The most effective way to prevent sexually transmitted Zika virus is abstinence.

Prevention is key and creating a mosquito barrier is vital. The best way is for individuals to wear long-sleeved shirts and long pants. Stay indoors in air-conditioned places if possible, and ensure door and window screens are keeping mosquitos out.

There is no current vaccine to prevent Zika virus, and the same mosquito that spreads dengue and chikungunya viruses also spreads Zika.

Help drive down risk of deaths on roadways