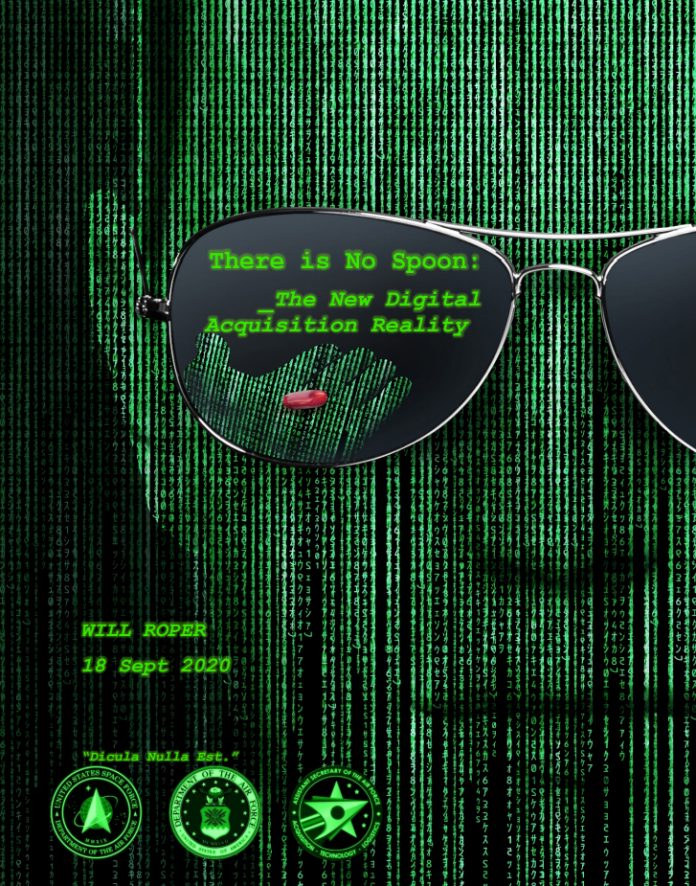 In a follow-on to his Matrix-themed “There is No Spoon” treatise,Dr. William Roper, assistant secretary of the Air Force for acquisition, technology and logistics, released a sequel essay that establishes criteria for digitally-engineered programs, while revealing Next Generation Air Dominance has achieved e-Series status as the service’s next e-Plane.

Digital engineering allowed the service’s first e-Plane, the eT-7A Red Hawk, to be digitally-designed and built in just 36 months ñ a feat not accomplished since the 1950s with third-generation fighters. The same digital approach was applied to NGAD, and enabled the Air Force’s most advanced sixth-generation flight demonstrator to fly in the real-world years ahead of expectation.

“Digital engineering takes computer creation technology to the next level, rendering not just the design of complex systems, but their assembly, environment and even physical performance in high-powered virtual reality,” Roper wrote in the sequel essay titled, “Bending the Spoon.”

Roper equates this new technology to the intersection of art and science, much the same way architecture begins with an artistic idea that must become an engineering reality. Throughout history, new technologies have helped architecture in this pursuit. Roper argues digital engineering is joining their ranks.

While computer-aided design has existed since the 1960s, Roper states new virtual reality technology is vastly superior because of today’s computing power.

Roper argues this paradigm-changing technology must be applied broadly across the Air and Space Forces in programs both new and old. Digital engineering has already revolutionized the automotive industry, and it holds the same promise for defense acquisitions.

“Strategically, you are looking to flip the current acquisition paradigm, exchange real-world activities with digital, for speed and agility,” Roper wrote. “Speed and agility are greater weapons, and more to be feared in future militaries, than any individual system we could build.”

Within the document, Roper lays out 14 principles for digital engineering and their underlying authoritative virtualizations to serve as guideposts for those programs who seek the e-Series designation.

According to Roper, NGAD isn’t the only program to have recently met the 14 criteria and achieved e-Series designation.

“A-10 Re-wing Program, B-52 Commercial Engine Replacement Program, and Ground-Based Strategic Deterrent have all met the e-Series bar,” Roper wrote. “They all leveraged authoritative virtualizations to significantly replace or truncate real-word activities, and have achieved paradigm-shifting performance.”

Roper indicates this is only the beginning, and if the Air Force and Space Force can fully embrace digital engineering, a true digital evolution could follow.

“Each new e-System invites us to reimagine both its acquisition and operationalization,” Roper wrote. “e-Series should guide the Air Force and Space Force’s analog-to-digital metamorphosis. Given the adversaries and challenges these two Services face, that metamorphosis had better be fast.”

There is No Spoon is available at https://www.af.mil/Portals/1/documents/2020SAF/There_Is_No_Spoon-Digital_Acquisition-23Sept20.pdf

Bending the Spoon is available at https://www.af.mil/Portals/1/documents/2021SAF/01_Jan/Bending_the_Spoon.pdf 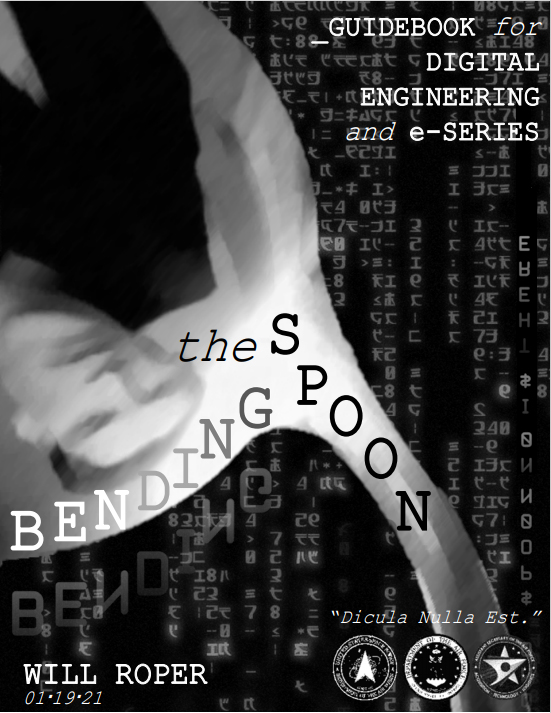