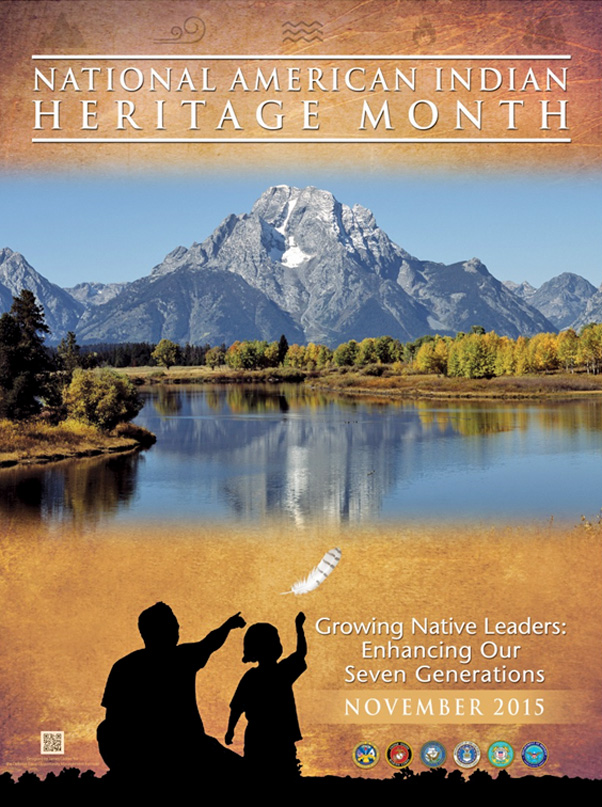 At the turn of the century, efforts began to implement a day of recognition for American Indians’ contributions to America. One of the early proponents of an American Indian Day was Dr. Arthur C. Parker, a Seneca Indian. In the early 1900s, he persuaded the Boy Scouts of America to set aside a day to honor the first Americans.

In 1915, the Congress of the American Indian Association approved a formal plan to celebrate American Indian Day. Reverend Sherman Coolidge, an Arapaho tribal member, asked the country to formally set aside a day of recognition.

In 1924, Congress enacted the Indian Citizenship Act, but it took no action to establish a National American Indian Day.

It wasn’t until 1986 that Congress passed a proclamation authorizing American Indian Week. In 1990, the month of November was designated as National American Indian Heritage Month. The title has since expanded to celebrate Alaska Natives. Currently, there are 566 federally recognized American Indian and Alaska Native tribes and more than 100 state-recognized tribes across the United States.

Federally recognized tribes retain certain inherent rights of self-government (i.e., tribal sovereignty) and are entitled to receive certain federal benefits, services, and protections because of their relationship with the United States.

Sovereignty is the right of a nation or group of people to be self-governing and is the most fundamental concept defining the relationship between the government of the United States and governments of American Indian tribes.

American Indians and Alaska Natives are U.S. citizens and citizens of their tribes. They are subject to federal laws, but they are not always subject to state laws.