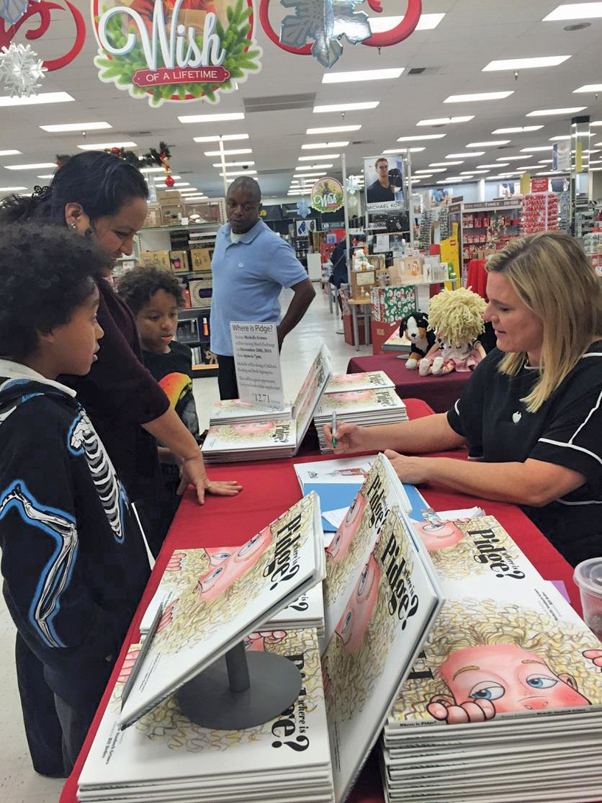 Children’s author, Michelle Staubach Grimes, met with military families during a book signing at the March Air Reserve Base Exchange Nov. 21. Grimes signed copies of her book “Where Is Pidge?” and chatted with and posed for pictures with military families. She is a daughter of Roger Staubach, a Navy veteran, Heisman Trophy winner and NFL Hall of Fame quarterback. “I’m passionate about giving back to those that serve our country because these men, women, and their families make the ultimate sacrifice for all of us,” Grimes said. “I know the children in military families face struggles every day with an absent parent, being the new kid, feeling alone, etc. I want to bring hope into their lives and let them know they’re not alone.”