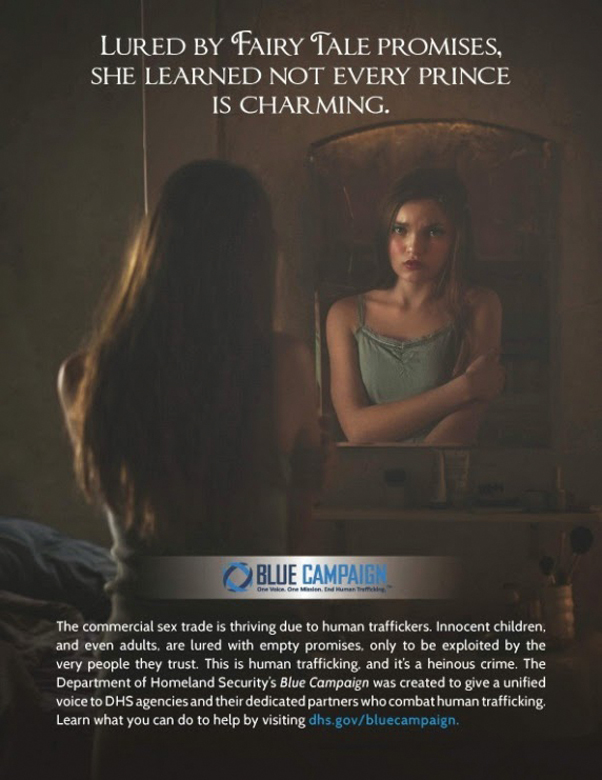 January is National Slavery and Human Trafficking Prevention Month, and the FBI’s efforts to combat trafficking—part of the overall U.S. government effort—will continue unabated in 2016.

To combat the exploitation of foreign nationals, the FBI works with our law enforcement partners at the Departments of Homeland Security, Labor, and State to go after traffickers who prey on the vulnerabilities of people seeking a better life. These victims are forced to work in poor, unsafe conditions where they are exploited for prostitution, domestic servitude, migrant farm labor, or restaurant and service industry jobs.

The Bureau also continues to run Operation Cross Country (OCC), a national multi-agency law enforcement operation dedicated to the identification and recovery of child victims of commercial sexual exploitation and the identification and arrest of individuals and criminal enterprises responsible for their exploitation. This past October, during our ninth OCC, the FBI and its partners recovered approximately 150 child victims and arrested approximately 150 pimps, which brought the total number of recovered child victims to more than 750 and the criminals responsible to more than 1,000 since OCC began. Also last year, Bureau worked closely with Canadian authorities on their own version of OCC called Operation Northern Spotlight.

The FBI, however, goes beyond investigating those who exploit victims of trafficking. The Bureau’s Office for Victim Assistance (OVA) and its 153 victim specialists located throughout our field offices work with non-governmental agencies and local law enforcement advocates to advise human trafficking survivors of their rights as crime victims and also to ensure that basic needs such as food, shelter, medical care, mental health care, and clothing are taken care of. Our victim specialists provide assistance and information regarding legal services, immigration relief, housing, employment, education, and job training, and they also work with U.S. Attorneys’ offices and often local district attorney’s offices during the prosecutive phases of cases. Additionally, OVA employs 11 full-time child/adolescent forensic interviewers who are available to conduct interviews of younger victims as well as adult victims in complex cases or when there’s a special need.