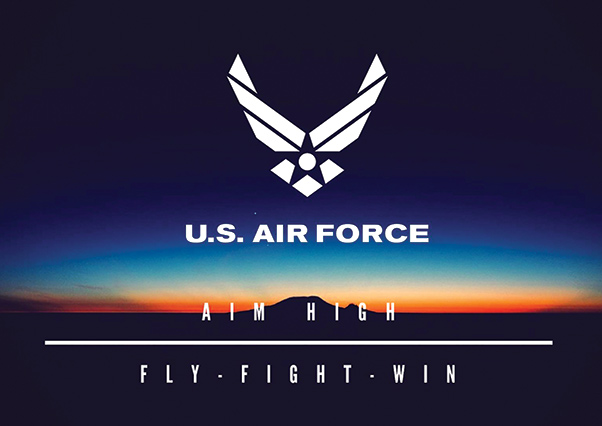 As an individual, and more importantly as a team, be prepared (ready) to do your job and have the determination and guts (resolve) to follow through; especially when things get tough. There you go! You can stop reading if you’d like.

Everything comes down to readiness and resolve. Of course, I did not come up with this … I heard it at the bar.

I was at the Nellis Club recently, a couple of beers in, and trying hard to understand an officer from England speaking to a Red Flag audience. I was able to retain enough and borrow enough of what he said to form the basis of this article.

These Friday afternoon exchanges, sponsored by the Red Flag Commander, Col. “Sax” Mathes, offer an excellent opportunity to socialize, have a drink and share common experiences and bond with our closest allies, including the United Kingdom and Australia. So long as we can understand what the heck they are saying!

As best I recall, the Royal Air Force pilot, using a version of English quite different and quite better than ours (must be because they invented it), said something to the effect of: “Readiness and resolve, bloody hell mates, that’s what carried the day and saved our arses.”

He was referring to a combat operation involving a combined team effort, in the air and on the ground. Could certainly apply to just about any endeavor though.

Some thoughts on readiness
From the perspective of the U.S. Air Force Warfare Center,I think the emphasis on readiness (and restoring readiness) is something we in the U.S. Air Force and the Defense Department now regularly consider as critical; especially as we transition from the Global War on Terrorism to potential near-peer threats/contested areas across the globe.

Readiness, of course, also includes having our warfighters getting the realistic training they need in scenarios representative of their wartime tasking. “Training as we intend to fight” is a term commonly used.

Just as with any skill, or in any profession, getting the necessary amount of repetitions to ensure proficiency and confidence is basically what it boils down to, along with equipment that is good to go.

At the USAFWC we have taken initiatives to lead and influence advanced readiness, better preparing our forces to dominate in the multi-domain high-end fight, and preparing for a major conflict against a ready and resolute adversary. A good analogy might be the way a football team trains in scrimmages against an opposing force representative of the team they will soon face.

The USAFWC is responsible for innovative and integrated testing, tactics development and advanced training across air, space and cyberspace. First and foremost we build proficient Airmen warriors and Air Force leaders. We also lead in the transition to offer Live, Virtual and Constructive environments to optimize our effectiveness, including connecting simulators to get reps in scenarios — scrimmage type scenarios — difficult to live fly on a regular basis.

While not a substitute for live flying, the synthetic environment, or Virtual arena, can allow warfighters to experience a variety of real-world scenarios in an effective and efficient manner. Capitalizing on virtual reality is a growth industry across just about any and every skill, from surgeons to race car drivers. Even President Trump recently installed a room-size, state-of-the-art $50,000 golf simulator in the White House (don’t worry, he paid for it) and while not a substitute for real golf, it offers unlimited 24/7 availability to get reps, even practicing on the course you may be playing the next day.

In general, we have a good idea of what we need to do to restore readiness, and even further to build advanced readiness.

Resolve is a bit more difficult to quantify.

There are many definitions of resolve. The words that come to mind, related to military operations, involving human participants that will be in harm’s way, or scenarios with a high-risk factor, are: perseverance, backbone, grit, tenacity, strength of character and determination. Historic and heroic levels of resolve include World War II, D-Day, POW

survivors … warfighters who are often not ready for the challenges they faced, but their resolve carried the day.

How does a unit train to build resolve? How do we measure, and can we measure resolve? Will the warfighter perform in actual combat as they did in training?

What will happen when the **** hits the fan, so to speak. Red Flag is an exercise where “stressors” are place on warfighters to help simulate the anxiety and fog and friction of war — a simulated test of resolve if you will — but no aircraft actually get shot down.

All military services fuel their resolve through challenging training exercises that help test and build an individual’s resolve, and build cohesiveness and bond the team as well. Many times when asked, heroic level warfighters have said their resolve came through and they would have basically fought to the death for the warfighter fighting right next to them— they would never fail their teammates.

Throughout the respective Creeds for Airman, SEALs and Army Rangers, there are consistent examples emphasizing resolve. The SEAL creed actually includes “resolve” in the closing section. All three of the Creeds have “I will not fail” verbiage and the Ranger Creed emphasizes “esprit-de-corps” (sense of pride and shared purpose) in the opening section.

I personally have no great story of resolve.

I do know during my first operational F-16 flying assignment, our squadron morale was very high and it was reinforced by our squadron leadership as well as a work hard/play hard mentality. Our primary mission was to deliver nuclear weapons on Cold War targets, and however strong my “resolve” to execute this mission for our nation, my desire to not fail my squadron teammates may have been higher. Failure would be an insult to the team: an embarrassment. The subtle motivator “don’t suck” comes to mind.

Not failing was high on my mind every day we flew, and if World War III kicked off and everyone else was going to drop a nuke then by golly and resolutely, so was I!

And on that note mates, “Here’s to Readiness & Resolve!” And I’m off to the Club to see what else I can learn.