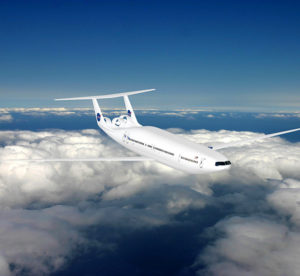 The D8 Series future aircraft design concept, nicknamed the “double bubble,” would be used for domestic flights and is designed to fly at Mach 0.74 carrying 180 passengers 3,000 nautical miles. This concept may be explored as part of the X-plane CAS sub-project. 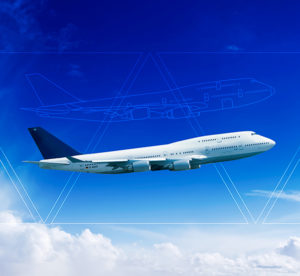 In one CAS sub-project, a computer model will simulate and predict how an aircraft or its individual components are affected by aging and ongoing operations such that a “digital twin” of a particular airplane can be created. This could help predict when problems might arise in order to prevent them from developing.

“We need to think about a multi-discipline, multi-center approach to solve challenging problems,” he said, “and be open to the potential that it might not meet [researchers] expectations and objectives.”
For each CAS sub-project, team members propose ideas for overcoming key barriers associated with large-scale aeronautics problems. Teams then conduct feasibility studies, perform experiments, try out new ideas, identify failures, and try again. At the end of that cycle, a review determines whether the developed solutions have met their goals, established initial feasibility, and identified real-world potential. The most promising capabilities are then considered for further development by other NASA aeronautics programs or by direct transfer to the aviation community.