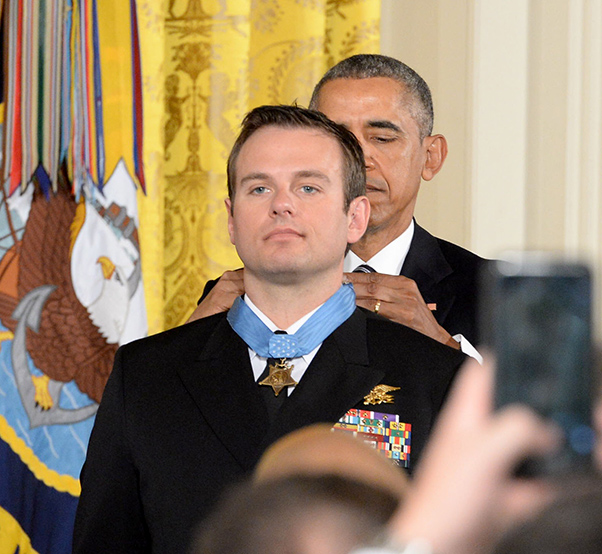 President Barack Obama presents the Medal of Honor to Navy Senior Chief Petty Officer Edward C. Byers Jr. during a White House ceremony, Feb. 29, 2016. Byers received the medal for actions while serving as part of a team that rescued an American civilian held hostage in Afghanistan in 2012.