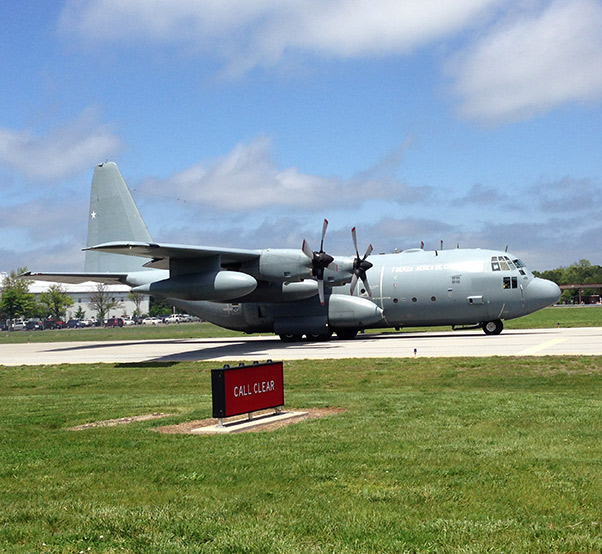 Its modifications complete, a KC-130R Hercules departs NAS Patuxent River, Md., May 2, 2016 for delivery to the Chilean Air Force.

The aircraft was put into service in 1977 as part of Marine Aerial Refueler Transport Squadron (VMGR) 252. Throughout its 30 years of service it was used to transport personnel, equipment, and supplies, and to provide aerial refueling service to fixed and rotary-wing aircraft.

That’s just part of the story. 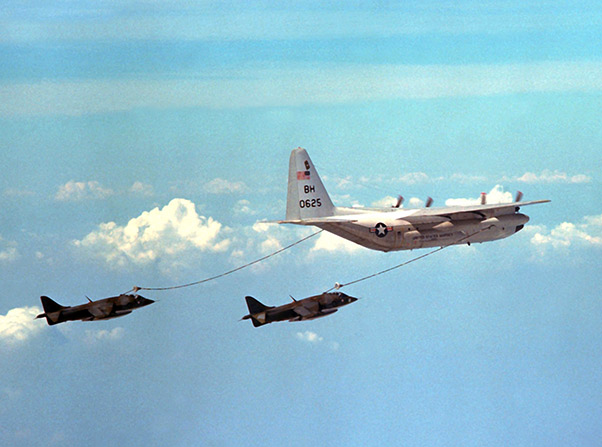 This KC-130R Hercules, shown here in 1978 refueling two Harriers, has been modified and through PMA-207’s FMS program, has found new life with the Chilean Air Force.

In 2008 the aircraft was retired from the fleet and sent to “The Bone Yard,” at Davis-Monthan Air Force Base, Aerospace Maintenance and Regeneration Group, located in Tucson, Ariz. Three years later, the aircraft was reconstituted back into the fleet and became part of Test and Evaluation Squadron (VX) 20, at Patuxent River, Md., as a test evaluation/range support platform.

This legacy aircraft was again scheduled to be retired in 2015 when Tactical Airlift Program Office (PMA-207) foreign military sales were contacted by FACh with a possible interest to purchase the aircraft. A sale was agreed upon in September 2015.

“I’m extremely proud of my team for breathing life back into this aircraft,” said Doug Dawson, PMA-207 program manager. “It shows how we work as a global team, using all the assets available to us.” 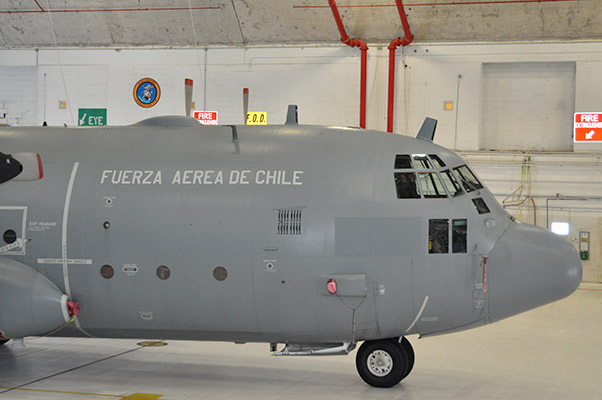 A KC-130R Hercules completes its modifications in preparation for delivery to the Chilean Air Force.

Throughout the last year the aircraft has gone through a series of de-modifications coordinated by PMA-207 and executed by VX-20 and industry partners DynCorp and Wyle at Naval Air Station Patuxent River, Maryland.

“FMS sale from stock purchase modifications to remove Navy proprietary instrumentation are not normally performed by the unit retiring the aircraft,” said Tom Benedik, C/KC-130 deputy program manager at PMA-207. “Typically de-modifications of this type are done by AMARG or at Hill Air Force Base [Ogden, Utah]. We are very thankful for the teamwork and support we received to get this job done.”