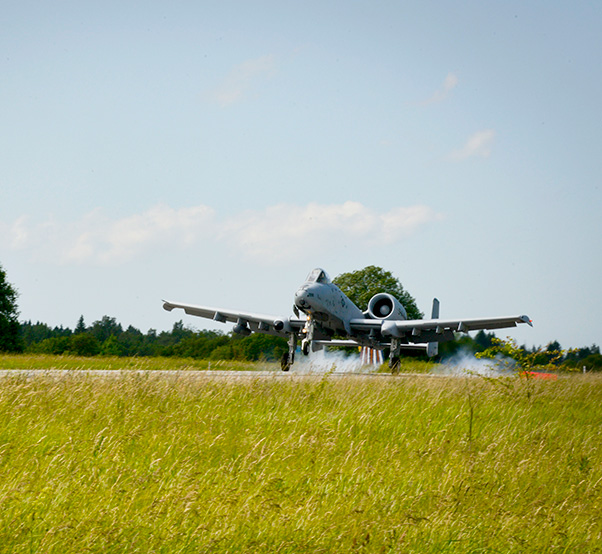 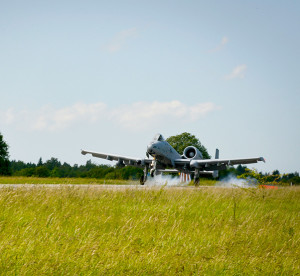 TALLINN, Estonia–An A-10C Thunderbolt II from the 107th Fighter Squadron, takes off from a highway June 21, 2016, in Tallinn, Estonia. U.S. forces are in Europe participating in Saber Strike 16; a long-standing, U.S. Joint Chiefs of Staff-directed, U.S. Army Europe-led cooperative-training exercise, which has been conducted annually since 2010. This year’s exercise will focus on promoting interoperability with allies and regional partners. The United States has enduring interests in supporting peace and prosperity in Europe and bolstering the strength and vitality of NATO, which is critical to global security.