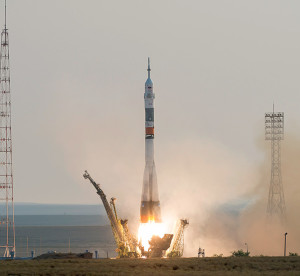 Three crew members representing the United States, Russia and Japan are on their way to the International Space Station after launching from the Baikonur Cosmodrome in Kazakhstan at 9:36 p.m., EDT, July 6.

Rubins, who holds a bachelor’s degree in molecular biology and a doctorate in cancer biology, Ivanishin and Onishi are scheduled to remain aboard the station until late October. Williams, Skripochka and Ovchinin will return to Earth in September. 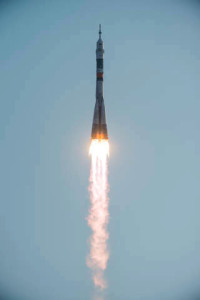 Expedition 48 crew members are expected to receive and install the station’s first international docking adapter, which will accommodate future arrivals of U.S. commercial crew spacecraft. Scheduled for delivery on SpaceX’s ninth commercial resupply mission (CRS-9) to the station, the new docking port features built-in systems for automated docking and uniform measurements. That means any spacecraft may use the adapters in the future — from NASA’s new crewed and uncrewed spacecraft, developed in partnership with private industry, to international spacecraft yet to be designed. The work by private companies to take on low-Earth orbit missions is expected to free up NASA’s resources for future crewed missions into deep space, including the agency’s Journey to Mars, with the Orion crew capsule launching on the Space Launch System rocket.

Investigations arriving on SpaceX CRS-9 in July will test capabilities for sequencing DNA in space, regulating temperatures aboard spacecraft, understanding bone loss, and tracking ships around the world. Other investigations will study how to protect computers from radiation in space and test an efficient, three-dimensional solar cell. 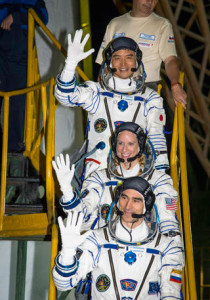 Expedition 48-49 crew members Japanese astronaut Takuya Onishi of the Japan Aerospace Exploration Agency (JAXA), top, Kate Rubins of NASA, middle, and Russian cosmonaut Anatoly Ivanishin of Roscosmos wave farewell before boarding their Soyuz MS-01 spacecraft for launch July 7, 2016, Baikonur, Kazakhstan. The trio will launched from the Baikonur Cosmodrome in Kazakhstan the morning of July 6. All three will spend approximately four months on the orbital complex, returning to Earth in October.

For more than 15 years, humans have been living continuously aboard the International Space Station to advance scientific knowledge and demonstrate new technologies, making research breakthroughs not possible on Earth that also will enable long-duration human and robotic exploration into deep space. A truly global endeavor, more than 200 people from 18 countries have visited the unique microgravity laboratory that has hosted more than 1,900 research investigations from researchers in more than 95 countries.