Army budget challenges
In his remarks before the panel, Milley said the most important of the Army’s many challenges is consistent, sustained and predictable funding over time.

“The Army is committed to winning our fight against radical terrorists and enduring conflict in other parts of the globe,” he said, noting that the Army prioritizes readiness in the National Defense Authorization Act for fiscal year 2017 because the global security environment is increasingly uncertain and complex. 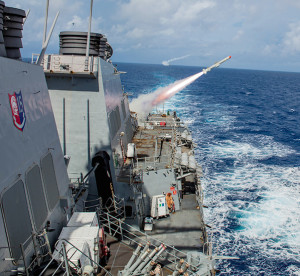 The Arleigh Burke-class guided-missile destroyer USS Benfold (DDG 65) conducts a live fire of a harpoon missile, with the Arleigh Burke-class guided-missile destroyer USS John S. McCain (DDG 56), as part of a sink exercise (SINKEX) during Valiant Shield 2016. Valiant Shield is a biennial, U.S. only, field-training exercise with a focus on integration of joint training among U.S. forces. This is the sixth exercise in the Valiant Shield series that began in 2006. Benfold is on patrol with Carrier Strike Group Five in the Philippine Sea supporting security and stability in the Indo-Asia-Pacific region.

“I anticipate that we will have to continue to prioritize readiness for many years to come,” Milley said. “While we cannot forecast precisely when and where the next contingency will arise, it is my professional military view that if any contingency happens it will likely require a significant commitment of U.S. Army forces on the ground.”

“To sustain current operations at that rate and to mitigate the risks of deploying an unready force into future combat operations, the Army will continue to prioritize and fully fund readiness over end strength, modernization and infrastructure,” Milley said. “In other words, we are mortgaging future readiness for current readiness.”

Another challenge for the Army, he added, “is to sustain the counterterrorist and counterinsurgency capabilities that we have developed … and simultaneously rebuild our capability in ground combat against higher-end, near-peer, great-power threats.”

Navy budget challenges
In his remarks to the panel, Richardson described the Navy’s challenges as a “triple whammy,” the first being continued high demand for naval forces. 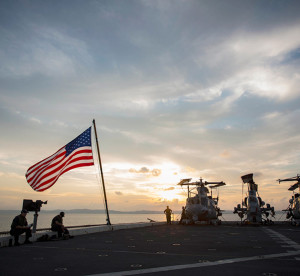 The sun sets over the USS Green Bay at White Beach Naval Base, Okinawa, Japan, Aug. 21, 2016. Marines of the 31st MEU are embarked on ships of the USS Bonhomme Richard Expeditionary Strike Group for a scheduled fall patrol of the Asia-Pacific Region. The 31st MEU is the Marine Corps’ only continuously forward-deployed Marine Air-Ground Task Force, and is task-organized to address a range of military operations in the Asia-Pacific region, from force projection and maritime security to humanitarian assistance and disaster relief.

“The past 15 years of high op tempo in support of the wars has put tremendous wear and tear on our ships and aircraft. It’s also taken a toll on the sailors who take those platforms out to sea, on the skilled Navy civilians who build and repair them and on our family members,” the admiral said.

The second is budget uncertainty in the form of eight years of continuing resolutions, including a year of sequestration — severe budget cuts called for by the Budget Control Act of 2011.

These, he said, “have driven additional cost and time into just about everything we do. The services are essentially operating in three fiscal quarters per year now. Nobody schedules anything important in the first quarter [and] the destruction that this uncertainty imposes translates directly into risk to our Navy and our nation,” Richardson said.

The third whammy, he told the panel, is the reduction in resource levels determined by the Budget Control and Bipartisan Budget acts.

“Funding levels require us to prioritize achieving full readiness only for our deploying units. These are ready for full-spectrum operations but we are compromising the readiness of those ships and aircraft that we will have to surge to achieve victory in a large conflict. And we have also curtailed our modernization in a number of areas critical to staying ahead of our potential adversaries,” Richardson said.

Marine Corps budget challenges
In Neller’s testimony, he told the senators that based on the current top line and the future budget projections, and though the Marine Corps is meeting its current requirements, “I believe we are now pushing risk and the long-term health of the force into the future.”

As an example, Neller added, the Marine Corps submitted an unfunded priority list of approximately $2.6 billion — the largest they’ve ever submitted.

The Marines are as busy and as committed now as they were during the height of operations in Iraq and Afghanistan, the general said.

“Current op tempo balanced against fiscal reductions, instability of continuing resolutions and the threat of sequestration during the past years have driven us to critically review the allocation of our resources in order to meet these commitments,” Neller said.

“Our readiness priority has been deployed and next-to-deploy units. Current readiness shortfalls in aviation, facilities sustainment, future modernization, retention of critical skills and building the depth on our ready bench forces at home are our primary concerns,” he told the panel.

Air Force budget challenges
In his remarks Goldfein said the Air Force must maintain stable, predictable funding for the F-35, the KC-46 and the B-21 to outpace its adversaries and with the Navy must modernize its aging nuclear enterprise.

“While we continue to extend the life of our existing fleets, we need the flexibility to retire aging weapon systems and reduce excess infrastructure in order to afford the technology needed to maintain our advantage given adversary advancements in satellite-enabled precision, stealth, cruise and ballistic missiles, [intelligence, surveillance and reconnaissance] and other anti-access/area denial capabilities that … proliferate worldwide,” the general told the panel. 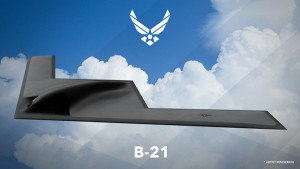 Goldfein said this is based on current and projected global demands for airpower to deter and if required defeat challenges presented by China, Russia, Iran, North Korea and violent extremism.

“This remains our top priority in the current budget request,” he said.

To maintain its technological edge, Goldfein said the Air Force is laser focused on fighter, tanker and bomber recapitalization.

This includes nuclear modernization, preparing for a war that could extend into space, increasing capability and capacity in the cyber domain, and leveraging and improving multidomain and coalition-friendly command and control as the foundation of future combined arms operation, he said.

From fiscal 2018 on with its current requirements, the general said the Air Force will be “forced to continually make strategic trades to simultaneously sustain legacy fleets engaged in the current fight while smartly investing in modernization and the future technologies that will be required to meet combatant commander demands in the information age of warfare.”

Essential to success, he added, are repealing sequestration, returning to stable budgets without extended continuing resolutions, and allowing the Air Force the flexibility to reduce excess infrastructure and make strategic trades.