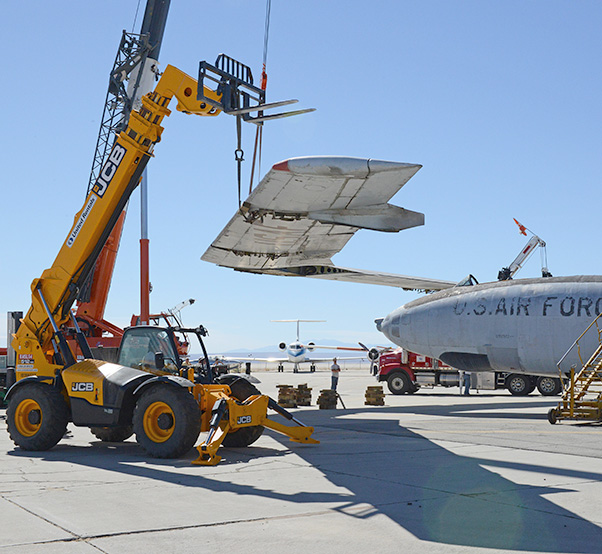 Two cranes and a forklift steadily moved the newly-acquired XB-47 wing into place to be attached to the fuselage Sept. 26. 2016.

The XB-47A Stratojet bomber, an icon of aerospace history, was the precursor to the U.S. Air Force’s strategic bomber aircraft family, to include the B-52 Stratofortress, B-1B Lancer and B-2 Spirit. Its multi-engine and swept-wing profile were major innovations in post-World War II combat jet design and contributed to the development of modern commercial jet airliners. 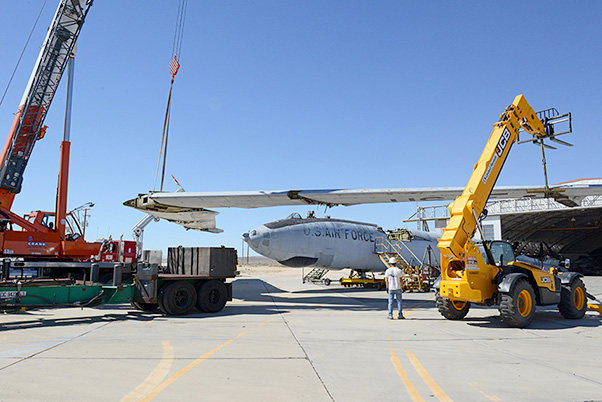 This XB-47 is the earliest survivor of the B-47 series and served as one of two experimental test airframes, which were both test flown at Edwards. However, the number one XB-47, tail # 46-065, was disassembled and scrapped by the Air Force in 1954, making the number two prototype, 46-066, the sole surviving XB-47. 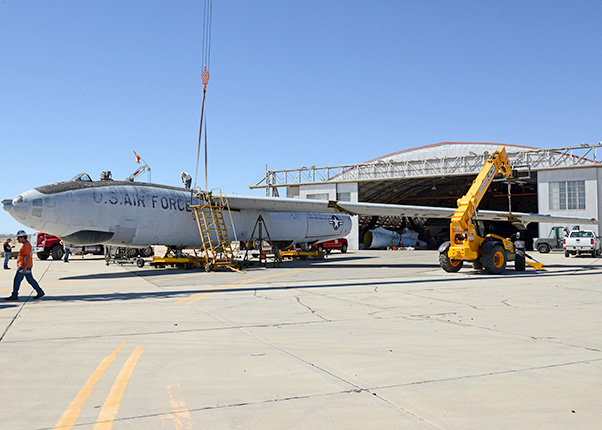