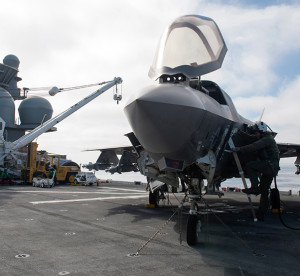 The F-35B Lightning II completed a new milestone during its third and final Developmental Test Phase (DT-III) by successfully completing the first power module and engine swap at sea in the hangar bay of amphibious assault ship USS America (LHA 6).

“Any time [the Navy or Marine Corps] acquire new aircraft, they are concurrently going to acquire the training resources that it takes to operate and maintain the jet,” he said. “Marine maintainers who come to work on the F-35B have typically transferred out of an AV-8B Harrier or F/A-18 Hornet squadron as those aircraft wind down and migrate out of the fleet. The people here now will be the ones to bring the new generation of aircraft to the Marine Corps.”

The Marines who comprise the VMX-1 maintenance team have been learning and testing F-35B maintenance procedures for approximately two years. During the engine swap on America, the team spent a week on the initial swap, making sure to account and track for each step of the process by entering each maintenance step into the Autonomic Logistic Information System (ALIS) — a system which gives the F-35 team the ability to plan ahead, maintain, and sustain aircraft subsystems over the life of the aircraft.

The maintainers performing the engine swap had little difficulty throughout the process, but he explained although the meticulous process of performing a maintenance step, stopping to catalog the process, and stopping again to train takes time — it’s what they do.

“We are a test squadron; that’s what we are and what we do,” said Marine Staff Sgt. Mark Veliz, a F-35B power line mechanic. “Taking a week to test an engine swap is how we find obstacles and how we fix them.” 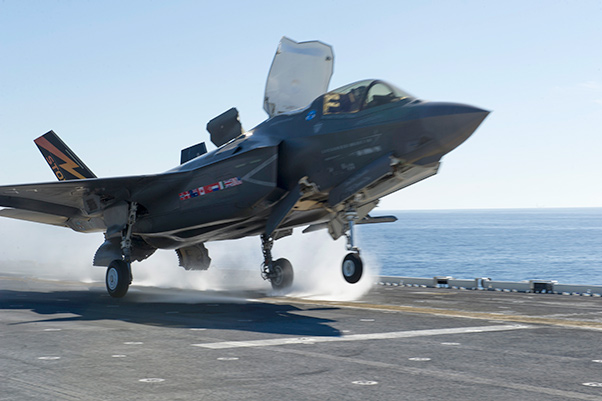 Tests such as an engine swap are important, as those involved with the F-35B learn more about the aircraft and its capabilities. Results from early tests allow those assessing the aircraft to make adjustments to improve the efficiency of such actions for fleet maintainers.

“Testing the ability to swap entire engines or engine components at sea is vital, as this is the last opportunity for the Marine Corps to perform these shipboard maintenance actions in a sterile test environment before they deploy with the F-35B in 2018,” said Lt. Col. Richard Rusnok, VMX-1 F-35B det. officer-in-charge (OIC). “During this short-term deployment, the team not only proved the engine maintenance construct, but also gained critical hands-on experience dealing with the confined space and deck motion aboard ship — something that cannot be replicated ashore. Ultimately, the success of this evolution was a team effort between Sailors, Marines, government civilians, and contractor personnel. Together we demonstrated the synergy of the entire team as we supported the F-35B at sea.”

“My guys handled it well,” Veliz agreed. “It’s an engine we know we can handle no matter where we are.” 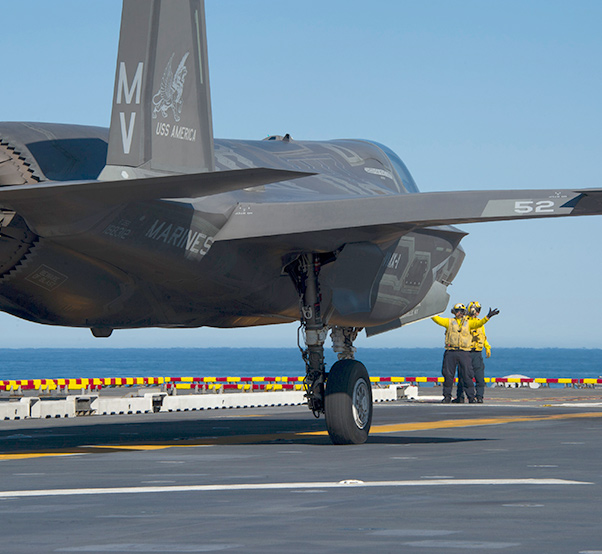 CMSgt Towberman sworn in as the first Senior Enlisted Adviser for the U.S. Space...