LANCASTER, Calif.–Three accomplished advocates for the support of veterans causes will be honored Jan. 28 at the John P. Eliopulos Hellenic Center in Lancaster, with the proceeds raised to fund scholarships for veterans of our armed forces, and to respond to veteran homelessness in the Antelope Valley.

The local non-profit, Vets4Veterans, will be honoring Monteigne Long, director of the Veteran Resource Center at Antelope Valley College. The two other honorees are Marine Corps veteran Jerry Lawrence, whose volunteer work for ProCare Hospice serves veterans at end-of-life, and Jamie Goodreau, the retired Lancaster High School history teacher whose students founded Operation All The Way Home, the grassroots group that spearheaded the drive to build a “smart access” home for a severely wounded Iraq War veteran.

“These are three outstanding citizens who have, each in their own way, demonstrated outstanding commitment to serving those who have served in our nation’s armed forces,” said Vets4Veterans President Tom Hilzendeger, who served with the 1st Cavalry Division in Vietnam. 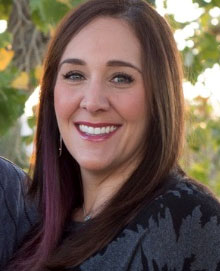 Long assumed direction of the Veteran Resource Center at AV College in 2016. She is a military spouse who became interested in working with vets many years ago.  She holds a Master’s Degree from USC, where her emphasis was research related to veterans. At the AV College Veteran’s Resource Center, the goals are to ensure veterans qualify for benefits. Also, to provide a safe space and connection for vets, and assist with community resources and referrals.

Marine Corps veteran Jerry Lawrence is a longtime member of Marine Corps League Detachment 930 who brought his volunteer efforts to ProCare Hospice to initiate a unique volunteer service for veterans of armed service near end-of-life.

Lawrence approached active duty personnel, typically recruiting NCOs in the Antelope Valley, and invited their participation in certificate and award ceremonies for veterans and their families. The recognition near end-of-life, hospice officials agree, has been particularly “moving and meaningful.” 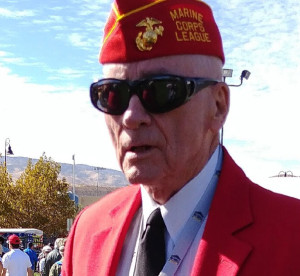 It was Jamie Goodreau’s students of history at Lancaster High School who banded together to initiate a grassroots funding drive to build a “smart access” home for Iraq War veteran Jerral Hancock, who served with the 1st Cavalry Division and was catastrophically wounded in the destruction of an M-1A Abrams tank in Baghdad in 2007.

The Operation All The Way Home students ultimately joined forces with the Gary Sinise Foundation, and the Hancock family home was completed in 2015. Prior to that, students in Goodreau’s classes organized annual dinners in support of veterans and our nation’s armed forces called “Pride Of The Nation.” Thousands of veterans were honored over a 10-year period. Her classes also welcomed veterans of World War II, the Korean War, and the Vietnam War to give testimonials.

The Evening of Community Support begins at 4:30 p.m., Jan. 28, with a no-host bar, appetizers, wine tasting and silent auction. At 5:30 p.m., the evening will proceed with presentations, music and dinner prepared by Chef Roy.

A nonprofit organization, Vets4Veterans was founded in 2009 by a group of local Vietnam combat veterans who attend a PTSD therapy group at Antelope Valley Vet Center.

As they learned to “live better” with their post-traumatic stress disorder, they realized they could provide care and connection for the nation’s returning warriors. 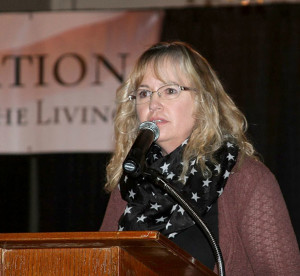 Vets 4 Veterans is dedicated to helping local servicemen and women readjust to civilian life as they return from serving their country overseas, many with the physical and psychological wounds of war.

Funds raised by Vets 4 Veterans go to help local veterans who need a hand up and support. Donations support Operation Restart Scholarship provides scholarships to veterans attending Antelope Valley College. More than $21,000 in scholarships have been awarded to deserving veterans according to event organizers.