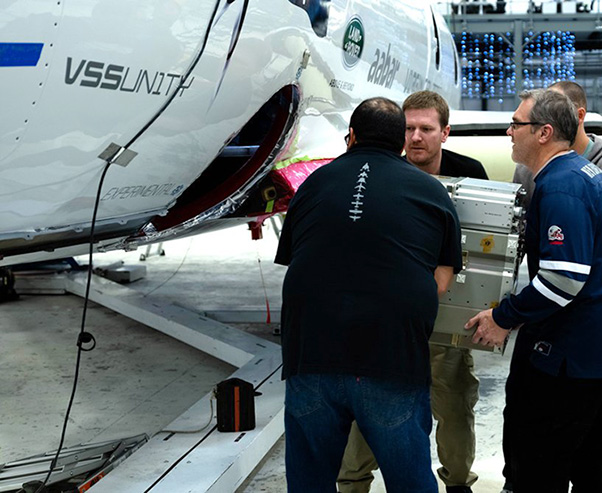 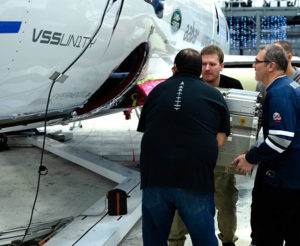 When Virgin Galactic’s SpaceShipTwo lifted off from the Mojave Air and Space Port Feb. 22, it carried aloft four NASA-supported technologies for testing.

The successful flight marked the second time the craft flew into sub-orbital space; the first flight was Dec. 13, 2018.

This was the company’s second mission for NASA.

The experiments covered a range of research areas, from life support systems to electromagnetic fields. Most of the technologies flew onboard SpaceShipTwo in December 2018 and, more recently, two launched on a Blue Origin rocket. Regular access to reduced-gravity lets researchers collect data needed to mature their technologies for use in deep space.

The four technology payloads were:

Virgin Galactic and other U.S. commercial spaceflight providers are contracted to provide flight services to NASA for flight testing and technology demonstration. Researchers from academia and industry with concepts for exploration, commercial space applications or other space utilization technologies of potential interest to NASA can receive grants from the Flight Opportunities program to purchase suborbital flights from various U.S. commercial spaceflight providers. The Tech Flights solicitation for potential payloads is open until April 26, 2019.

The Flight Opportunities program is funded by NASA’s Space Technology Mission Directorate at the agency’s Headquarters in Washington and managed at NASA’s Armstrong Flight Research Center in Edwards, Calif. NASA’s Ames Research Center in California’s Silicon Valley manages the solicitation and selection of technologies to be tested and demonstrated on commercial flight vehicles.