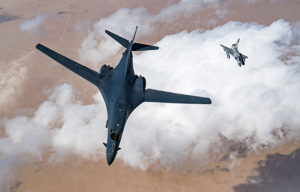 The safety stand-down will afford maintenance and Aircrew Flight Equipment technicians the necessary time to thoroughly inspect each aircraft. As these inspections are completed and any issues are resolved, aircraft will return to flight.

The safety of Airmen is the command’s top priority and this precautionary step will enable the command to correct any potential issues.