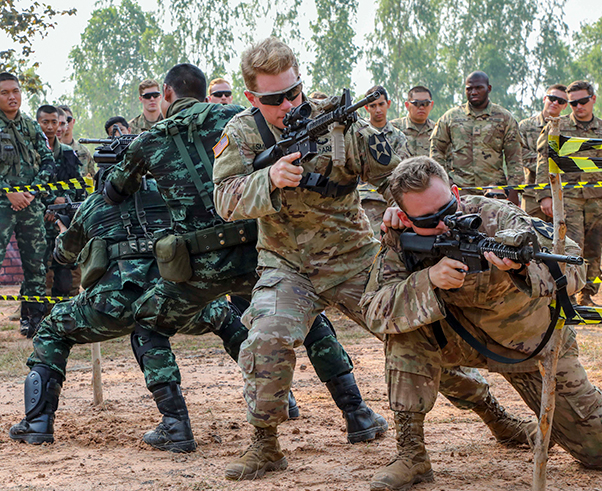 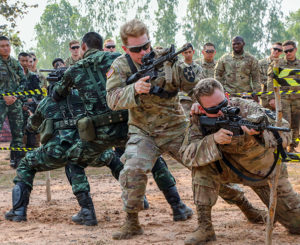 Lt. Gen. James Richardson said representatives of these allied nations will also be stationed with Army Futures Command, headquartered in Austin, Texas. The general, who serves as the command’s deputy commander, did not specify which countries but said both officers and non-commissioned officers have already joined some cross-functional teams.

Allied cooperation will be crucial for future success on the battlefield, Richardson said during a Senate Armed Services Committee hearing.

“Interoperability is huge for our Army,” he said. “We fight as a coalition and we fight as joint partners and it’s been one of [AFC Commander Gen. John Murray’s] top priorities to ensure that we’re interoperable, not only across the joint force, but our coalition forces.”

Joint exercises such as Balikatan and Cobra Gold help foster good relations between partner nations. Balikatan is an annual military exercise between U.S. and Philippine forces. In February the Army participated in the annual Cobra Gold exercise, a joint-combined venture that includes Thailand, Singapore and Japan.

Additionally, Randall Schriver, assistant defense secretary for Indo-Pacific Security Affairs, told an audience at the Center for Strategic and International Studies Wednesday that the U.S. would like to strengthen relations and enhance military ties with Vietnam.

“[Interoperability] is one of the three tenets of both the National Defense Strategy and our Army strategy,” said Lt. Gen. James Pasquarette, Army G-8, emphasizing the importance of allies and partners. 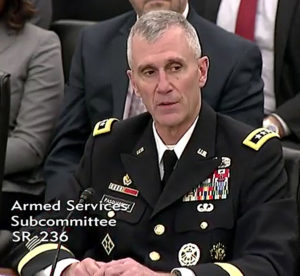 Lt. Gen. James F. Pasquarette, Army G-8, speaks during a Senate Armed Services Committee hearing in Washington, D.C., April 2, 2019. Pasquarette said interoperability is one of the three tenets of both the National Defense Strategy and the Army strategy.

“So we have a robust exercise program in both Europe and [the Indo-Pacific] our two focus theaters that help us deepen those bonds,” he added. “We believe it’s making a big difference and we believe in the future. It’s our way of countering the two threats we’ve been talking about here today, Russia and China.”

The Army created the newly-formed Futures Command to streamline the acquisition process and to lead the Army’s modernization efforts. In addition to placing partner nation representatives within the command, the Army hopes to reach small businesses and innovators.

Last fall, the service stood up the Army Applications Laboratory in Austin, which focuses on helping deliver innovative technologies from small businesses and young developers.

“[They’re] bringing technologies that we otherwise would not have seen,” Richardson said.

With Army representatives stationed within “incubator” hubs in Austin, the Army plans to encourage contributions to its modernization efforts from small businesses, said AFC leaders.