On a beautiful Veterans Day morning at Lancaster Cemetery, members of our community gathered to celebrate and thank all who have served and are still serving in our nation’s military. 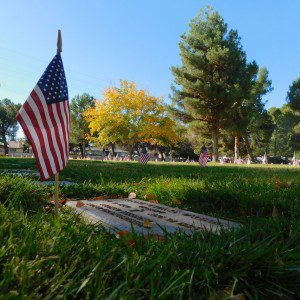 In the midst of the usual red, white and blue, an abundance of red on the attendees brought quick realization that the U.S. Marine Corps was going to play a major part in the day’s festivities.

Starting with the Presentation of Colors and the Flag Salute, the Young Marines, under the command of Danny Chinchilla, did their usual excellent job of paying tribute to our nation and setting the stage for a patriotic remembrance and celebration. Sylvia Gaxiola sang the National Anthem, followed by Bishop Henry Hearns with the invocation and a moment of silence.

Dave Owens, chairman of the Antelope Valley Cemetery District, recognized the attending dignitaries and paid tribute to the veterans in attendance. Owens was joined by Cemetery Trustees Richard Cook and Christine Ward in placing a memorial wreath at the base of the World War II Monument, at the center of the Veterans court. The Blue Star Mothers followed by placing service wreaths at the base of the service flags that represent all branches of the military. The Marine Corps League also placed a wreath, in remembrance of fellow Marine’s past and present who have sacrificed in service to our country.

Vicki Fisher, from the Daughters of the American Revolution, then spoke about the Tomb of the Unknown Soldier, which marked the 100th anniversary of its dedication on Veterans Day 2021. Fisher shared the rich history of the cornerstone of American sacrifice, the Tomb and its sacred duty to remember all those who gave their lives but are now only known to God and grieving families, who never got closure.

Keeping with the Marine Corps theme, a very special moment came when we remembered longtime Valley resident and Marine, Jerry Lawrence. Chris Chandler, a Marine from the local Marine Corps League, spoke of Lawrence’s dedication and character, recalling how over the years the tough Marine would bring dignity and respect to fellow veterans who had fallen on hard times. Jerry Lawrence mentored many a young Marine, and made sure that any veteran in hospice care knew that their service would not be forgotten by a grateful nation. Jerry is one of those diamonds that we should all cherish, as our community was better for having him and even better being able to call him ‘Neighbor.’ Jerry Lawrence passed away last March, it is only now that we are able to join together and celebrate his life. 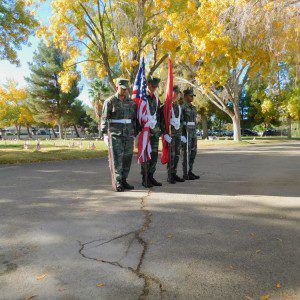 The keynote speaker for the morning was Kevin Sanders, U.S. Marine Corps veteran, who served from 1977-1980 in a Marine Amphibious Unit of the 2nd Battalion/3rd Marines. Kevin is also the 2021 Palmdale Veteran of the year and the 2018 Vets for Veterans Veteran of the year.

Karla Archuleta followed with a reminder of the up-and-coming Wreaths Across America program in December that is celebrated at Lancaster Cemetery. The tradition of the wreaths will return back to its normal operations in 2021. Community members are encouraged to participate by sponsoring a Wreath for a Veteran, or volunteering to help with the placement of wreaths on markers.

District Manager Dayle Debry did her usual great job of putting on an inspiring program and gave thanks to all that helped to make it happen: Halley Olsen Murphy Funeral Chapel for supplying the refreshments; Lancaster Cemetery grounds crew, who keep the cemetery beautiful year-round, and all the volunteers who come out to place American flags on the graves of our fallen heroes.

It was a beautiful day of remembrance that I’m sure inspired those in attendance, and one that brought pride and respect to our men and women in uniform and those who made the ultimate sacrifice for the freedoms we enjoy today. 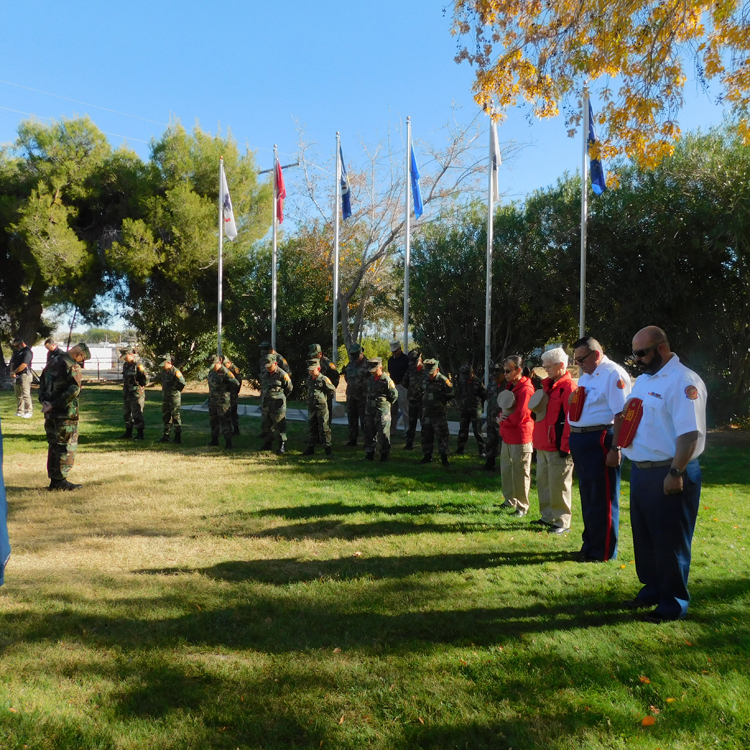