NASA and Boeing are taking another major step on the path to regular human spaceflight to the International Space Station using American rockets to launch spacecraft from American soil with the second uncrewed test flight of a commercial crew spacecraft.

Starliner is expected to arrive at the space station for docking about 24 hours later with more than 800 pounds of cargo, including about 500 pounds of NASA cargo and crew supplies.

OFT-2 will test the end-to-end capabilities of Starliner from launch to docking, atmospheric re-entry, and a desert landing in the western United States. OFT-2 will provide valuable data that will help NASA certify Boeing’s crew transportation system to carry astronauts to and from the space station.

Though no crew will be onboard the spacecraft for OFT-2, the Starliner commander’s seat will be occupied by Rosie the Rocketeer, the company’s anthropometric test device. During OFT-1, Rosie was outfitted with 15 sensors to collect data on what astronauts will experience during flights on Starliner. For OFT-2, spacecraft data capture ports previously connected to Rosie’s 15 sensors will be used to collect data from sensors placed along the seat pallet, which is the infrastructure that holds all the crew seats in place.

During Starliner’s approach to the space station, NASA and Boeing will verify data links and command capabilities by the station crew, including a hold during approach commanded from the station by NASA astronaut Kjell Lindgren aboard station. Starliner also will demonstrate its ability to perform an automated retreat in the event an issue arises during approach.

Starliner’s vision-based navigation system will be tested as it autonomously docks with the space station about 7:10 p.m., May 20, or about 24 hours after launch.

After a successful docking, Starliner will spend five to 10 days aboard the orbiting laboratory before returning to Earth in the western United States. The spacecraft will return with nearly 600 pounds of cargo, including reusable Nitrogen Oxygen Recharge System tanks that provide breathable air to station crew members.

OFT-2 will build on the mission objectives achieved during Starliner’s initial flight test, including:

OFT-2 also will test the changes and improvements made to Starliner, and prove the system is ready to fly astronauts. NASA and Boeing engineers, technicians and flight control teams have all been working together to get Starliner back to space safely and efficiently for OFT-2. Following a successful flight test and subsequent data reviews, NASA and Boeing will set a target launch date for the Crew Flight Test with astronauts on board.

NASA’s Commercial Crew Program has delivered on its goal of safe, reliable, and cost-effective transportation to and from the International Space Station from the United States through a partnership with American private industry. This partnership is changing the arc of human spaceflight history by opening access to low-Earth orbit and the space station to more people, more science, and more commercial opportunities. The space station remains the springboard to NASA’s next great leap in space exploration, including future missions to the Moon and, eventually, to Mars. 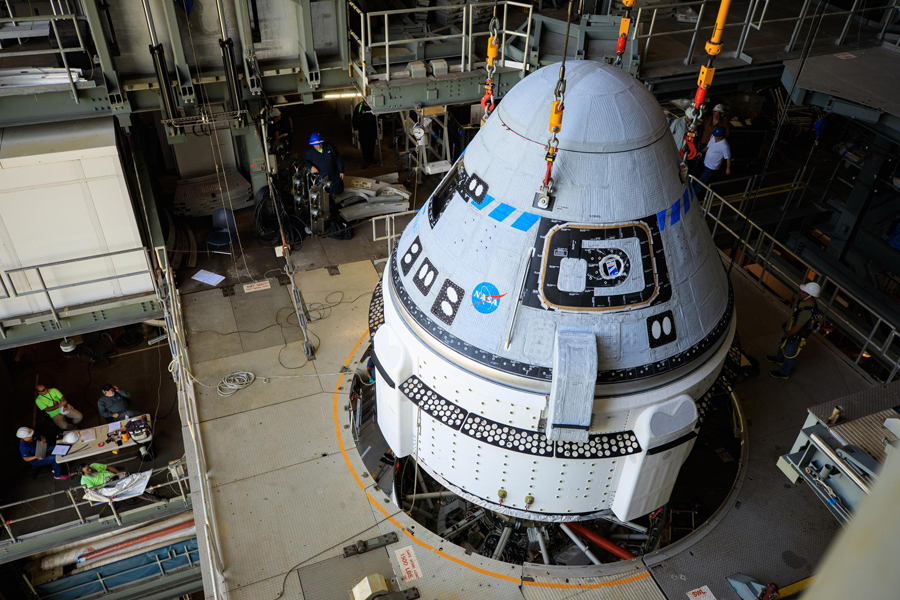 NASA’s Boeing OFT-2 coverage is as follows and all times are subject to change based on mission operations (all times Eastern):

Launch day coverage of NASA’s Boeing OFT-2 will be available on the agency’s website. Coverage will include livestreaming and blog updates beginning no earlier than 6 p.m., May 19, as the countdown milestones occur. On-demand streaming video and photos of the launch will be available shortly after liftoff. Follow countdown coverage on our launch blog at http://blogs.nasa.gov/commercialcrew

Watch and Engage on Social Media

NASA will provide a live video feed of Space Launch Complex-41 approximately 6 hours prior to the planned liftoff of the OFT-2 mission. Pending unlikely technical issues, the feed will be uninterrupted until the prelaunch broadcast begins on NASA TV, approximately one hour prior to launch.

Once the feed is live, it will be available at http://youtube.com/kscnewsroom